We then moved to a second main question, namely, when will the rapture take place relative to the coming seven-year Tribulation period? We offered the contention that believers can develop certainty that they will be raptured before the Tribulation period occurs for at least seven reasons. First, the Tribulation period’s purpose concerns Israel rather than the church. Second, there is no reference to the church as being on the earth in Revelation 4-19. Third, the church has been promised an exemption from divine wrath. 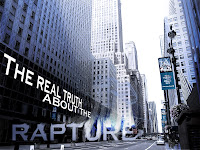 The Rapture Is a Comfort

The fifth reason that the rapture will take place before the Tribulation period even begins relates to the fact the rapture doctrine is designed to comfort the believer. The first reference to the rapture is most likely found in the Upper Room Discourse through Christ's words as recorded in John 14:1-4. [2] Notice how Christ begins this section with words of comfort. In John 14:1, He says, "Do not let your heart be troubled; believe in God, believe also in Me." Perhaps the most specific treatment of the rapture is found in 1 Thessalonians 4:13-18. Again, notice how Paul concludes this section with words of comfort. In 1 Thessalonians 4:18, he writes, "Therefore comfort one another with these words." Titus 2:13 similarly associates comfort with the return of Christ for His church by referring to the rapture as the "blessed hope." This verse says, "looking for the blessed hope and the appearing of the glory of our great God and Savior, Christ Jesus."

Some become confused how the rapture can possibly comfort since they incorrectly associate the "thief in the night" imagery with the rapture. Since a thief breaking into one's house in the middle of the night is a harmful and negative occurrence, people misassociate such negativity with the rapture. However, the New Testament never analogizes the rapture with the coming of a thief. While the New Testament uses "thief" imagery seven times (Matt. 24:43; Luke 12:39; 1 Thess. 5:2,4; 2 Pet. 3:10; Rev. 3:3; 16:15), none of these references contextually allude to the rapture. [3] For example, Matthew 24:43 and Luke 12:39 both refer to the need for the nation of Israel to remain faithful to the Lord and watchful of His return in the midst of the coming seven-year Tribulation period unlike those Jews that failed to recognize Christ at His First-Advent. Similarly, the context of 1 Thessalonians 5:2, 4 speaks of those unsuspecting unbelievers who are caught off guard by the judgment attached to the eschatological Day of the Lord. Moreover, 2 Peter 3:10 has nothing to do with the rapture or any other Church-Age event, but rather with the dissolving of the present order subsequent to the Millennial Kingdom and Great White Throne Judgment (Rev. 20:1-15; 21:1) just prior to the Eternal State (2 Pet. 3:13; Rev. 21–22). In addition, Revelation 3:3 likely refers to the imminent discipline by Christ (Heb. 12:5-11) soon to be imposed upon the wayward and carnal Sardis church. Finally, since Revelation 16:15 appears parenthetically between the sixth and seventh bowl judgments, it is an exhortation for the Tribulation saints to be watching for the soon-return of Christ at the end of the seven-year Tribulation period. In sum, when all of the New Testament data is considered, the rapture is a comforting event that the Church-Age believer is to look forward to rather than a negative event to be dreaded.

Notice that only pretribulationalism is in harmony with the concept of comfort. Unlike pretribulationalism, all of the other rapture positions convey a list of prophetic judgments that must first transpire before the rapture can occur. Only pretribulationalism teaches that the rapture will take place before these judgments can occur. Midtribulationalism, for example, contends that the Church-Age believer must first endure 42 months of hell on earth and assuming that he is not martyred by the beast, only then does he have the hope of participating in the rapture. How is such a scenario consistent with the New Testament passages describing the rapture as a comforting, hopeful, and blessed event (John 14:1; 1 Thess. 4:18; Titus 2:13)? The other rapture positions create even more disharmony with the comfort of the rapture since they place the Church-Age believer into either three quarters (prewrath rapturism) or all of the Tribulation (posttribulational rapturism).

And I would see my friend; Dangers and troubles would end

If Jesus should come today.

Glad day! Glad day! Is it the crowning day?

I’ll live for today, nor anxious be,

Jesus, my Lord, I soon shall see;

Glad day! Glad day! Is it the crowning day?

By way of parody, Dr. Barnhouse also pointed out that if the midtrib or posttrib advocates sang this song, it would instead have to say:

And I won't see my friend; Dangers and troubles won’t end

Sad day! Sad day! Today is not the crowning day?

I won’t live for today, and anxious I’ll be,

The Beast and the False Prophet I soon shall see, Sad day!

Sad day! Today is not the crowning day?