A problem generated by the viewpoint of premillennial, posttribulationism is as follows: "Who will populate the millennium with mortals, if the rapture occurs in association with the second coming?" This is a problem that has never been answered by any posttribulationist. In fact, very few posttribulationists even attempt to answer this problem. Instead, most just ignore it.

All modern-day premillennialists believe the Bible teaches that Jews and Gentiles will survive the seven-year tribulation and enter the thousand-year kingdom or the millennium in their current mortal bodies. Mortals that enter the millennium will be able to marry and have children, who will then multiply at a rapid rate since such people will be capable of a thousand-year lifespan, there will be no poverty, very few people will die during this time, and there will clearly be a population explosion likely into the billions (Isa. 19:24–24; 65:17–25).

However, for posttribulationism this issue is in my opinion an unsolvable problem. If the posttribulational view that the rapture occurs in conjunction with the second coming is accepted, then the rapture event will result in all believers alive at Christ's return being transformed from their current mortal state to immortality via a translation to heaven. Since all unbelievers will be judged or killed at Christ's return (Matt. 13:30, 36–43, 47–50; 24:36–41; 25:30, 31–46), thus, there will be no mortals left to enter into the thousand-year reign of Christ. For example in Matthew 25:31–46, the sheep and goat judgment that will take place shortly after the second coming, how will any goats (unbelievers) make it into the kingdom? After placing the goats on the left, the text is clear when it says, "Then He will also say to those on His left, 'Depart from Me, accursed ones, into the eternal fire which has been prepared for the devil and his angels;' ... And these will go away into eternal punishment, but the righteous into eternal life" (Matt. 25:41, 46). It is not surprising that very few posttribulationists do not even attempt to answer this issue in their writings. 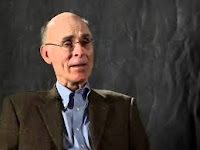 Scholar, Robert Gundry, is one of the few to attempt an explanation of how premillennial posttribulationism might handle this biblical issue. Gundry strives to avoid the clear implications of his position by attempting interpretative gymnastics in the following way: First, he says, "the 144,000 will include both men and women who will populate and replenish the millennial kingdom of Israel. If they will resist the Antichrist but remain unbelievers in Christ until the second coming, the reason for their sealing at once becomes apparent: their unconverted state will require special protection from the wrath of God and the persecution of the Antichrist." [1] Second, based upon Matthew 24:40, 41 (relating to Gentiles), Gundry believes it is merely an assumption that sees "the destruction of the entire unsaved population of the earth...a partial destruction would leave the remaining unsaved to populate the millennial earth." [2] Third, "the judgment in Matthew 25 will take place after the millennium, the unregenerate who survive the tribulation and second coming will go into the millennium in their natural bodies." [3]

Gundry's view that the 144,000 Jewish witnesses will provide Jewish mortals for the millennium because they were sealed, but not be saved until they see Jesus during His descent to the Mount of Olives (Zech. 12:10) [4] is an amazing stretch of anything in the biblical text concerning this matter (Rev. 7:1–8; 14:1–5). Problems with this view start with the problem that Gundry has to make the 144,000, not Jewish men only, as the text demands, but men and women, so that there will be women in order to produce Jewish prodigy in the millennium. Revelation 14:4a says, "These are the ones who have not been defiled with women, for they have kept themselves chaste." The 144,000 must be Jewish men, based upon that passage. Thus, even if they entered the millennium in mortal bodies, there would be no Jewish women to bear their offspring.

Further, Revelation 7:3 says, "Do not harm the earth or the sea or the trees, until we have sealed the bond-servants of our God on their foreheads." These are servants of God, not of the Antichrist. It is hard to imagine that as unbelievers they resist the mark of the beast, remain virgins throughout the tribulation, and are given a new song to sing in heaven (14:3). Also, Revelation 14:4c says, "These have been purchased from among men as first fruits to God and to the Lamb." Why are the 144,000 said to be sealed upon their foreheads before some tribulation judgments occur (7:1) if they are unbelievers throughout the tribulation, while the destiny of unbelievers is clearly noted in Revelation 14:9–11, which will be the eternal torment of the lake of fire. The only reason Gundry's view could make sense would be if one is trying to avoid pretribulational implications and support posttribulationism.

Virtually all premillennialists place the sheep and goat judgment of Matthew 25 at the end of the tribulation since it makes sense that it follows Christ's second coming in the previous chapter. Thus, it makes sense that this judgment is one that precedes the beginning of Christ's Kingdom, which is the millennium. "Then the King will say to those on His right [sheep], 'Come, you who are blessed of My Father, inherit the kingdom prepared for you from the foundation of the world'" (Matt. 25:34). However, Gundry equates the sheep and goat judgment of Matthew 25 with the Great White Throne judgment of Revelation 20, which does occur at the end of Christ's millennial kingdom.

Gundry takes the term "nation" in Matthew 25:32 to refer to all peoples, including Jews. [5] "And all the nations will be gathered before Him; and He will separate them from one another, as the shepherd separates the sheep from the goats." Gundry's view does not fit the Matthew 25 context since the focus of the judgment there relates to how one treated "these brothers of Mine." "And the King will answer and say to them, 'Truly I say to you, to the extent that you did it to one of these brothers of Mine, even the least of them, you did it to Me'" (Matt. 25:40). "These brothers of Mine" are Jewish believers who have been persecuted during the just completed tribulation period. So the nations (Greek = ethnos) must refer to Gentiles only in that context. In contrast with the Great White Throne where all unbelievers (Jew and Gentile alike) are judged for their rejection of Jesus as the Messiah and judged according to one's works (Rev. 20:11–15).

A number of other factors prohibit Gundry's view: The Greek word ethnos "is normally and most frequently used of non-Jewish people." [6] The few times when ethnos is used to refer to Israel, it occurs in the singular, while the plural use always refers to the Gentile nations. When the definite article is used, as is the case in Matthew 25:32, it always refers to Gentiles. The phrase "all the nations" occurs twice in the preceding context of Matthew 24 (9, 14) and refers to Gentiles. [7] These factors support the traditional understanding of the sheep and goat judgment occurring at the second coming, a view that renders Gundry's view as impossible.

Unbelievers to Enter the Kingdom?

Gundry's view requires that unbelievers enter into the millennial kingdom since all believers will be raptured and resurrected at the second coming. He says the pretrib belief that all unbelievers will be judged and totally eliminated from entering into the millennial kingdom is an assumption. [8] It is not an assumption if specific texts say what one believes.

Look at what some of the key Scripture passages say:

"The Son of Man will send forth His angels, and they will gather out of His kingdom all stumbling blocks, and those who commit lawlessness, and will cast them into the furnace of fire; in that place there shall be weeping and gnashing of teeth. Then the righteous will shine forth as the sun in the kingdom of their Father" (Matt. 13:41–43).

"So it will be at the end of the age; the angels shall come forth, and take out the wicked from among the righteous, and will cast them into the furnace of fire; there shall be weeping and gnashing of teeth" (Matt. 13:49–50).

The issue of populating the millennium remains an unanswered problem for posttribulationists. Gundry's heroic effort only results in a distortion of the plain reading of the Bible. This issue remains a powerful argument in favor of the pre-trib rapture position. Maranatha!