China's Central Bank Plans to Launch Its Own Digital Currency 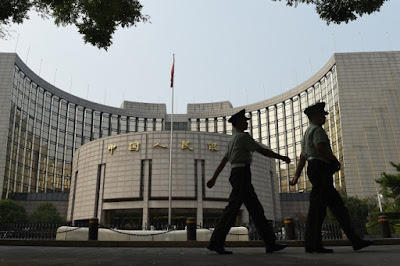 Paramilitary policemen patrol in front of the People's Bank of China, the central bank of China, in Beijing. (GREG BAKER/AFP/Getty Images)

(CNBC)—China's central bank wants to launch its own digital currencies to cut the costs of circulating traditional paper money and boost policymakers' control of money supply, the People's Bank of China said on Wednesday.

A PBOC research team set up in 2014 to look into digital currencies should make preparations for launches, according to a central bank statement posted on www.pbc.gov.cn.