My previous article commenced a series of articles on the rapture. We began with the question, "What is the Rapture?" This question can best be answered by noting ten truths about the rapture from 1 Thessalonians 4:13-18 and 1 Corinthians 15:50-58. In this first article, we saw that the rapture is an important doctrine and not something that can be marginalized or explained away as a secondary doctrine. We now move to our second point. 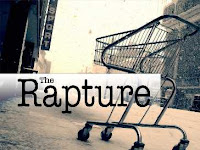 The Rapture Is Distinct from the Second Advent

As we carefully scrutinize, read, and examine the prophecies related to the return of Christ we see His return described in totally different ways. The only logical conclusion one can reach is that the Second Coming of Christ must occur in two phases. As will be shown later in this series, there must first be a rapture before the Second Advent can occur seven or more years later. This identical logic applies to the Old Testament teaching that the coming of Christ must have two phases as well. He comes to suffer and die (Isa. 53), and then He comes to rule and reign (Isa. 9:6-7). Identically, the New Testament reveals that the Second Coming of Christ also has two distinct phases. Thus, not only is the rapture an important doctrine, but it is also an event that is distinct from the Second Advent of Christ.