Grant Jeffrey—Home with the Lord

By Duane Muir
Signposts of the Times

Well known Bible Prophecy scholar Grant Jeffrey passed away over the weekend and has gone on to be with the Lord:

We are confident, I say, and willing rather to be absent from the body, and to be present with the Lord (2 Corinthians 5:8 KJV).

Grant had written several books, (Countdown to the Apocalypse, Shadow Government, The Global Warming Deception, and several others). As well, he produced several videos in addition to hosting a half hour T.V. program where he taught bible prophecy. 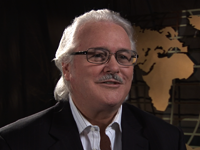 We ourselves learned a great deal from Grant's teachings and from his study materials. He will be missed, but he is now in a much better place.

Our heartfelt prayers go out to his family that remains behind, and awaits that day when they can be reunited with him again.