The Importance of Biblical Prophecy

The issues in Bible prophecy are important because they deal with the whole counsel of God’s Word and the eschatological hope of the Christian. The world today wants to make sense of the events currently transpiring, and Bible prophecy reveals that the only hope for mankind is to be found in Jesus Christ.

The word eschatology is derived from two Greek words, eschatos (“last”) and logos (“discourse”), meaning the doctrine of last things. Though there are Christians who seek to undermine this field of theology, the study of eschatology is important because it fits the totality of Scripture. For instance, one of every ten verses in Scripture is prophetic (meaning 27 percent of all Scripture is predictive of future events). Furthermore, the prophetic Word is important to study for, at least, six reasons. First, Bible prophecy demonstrates the veracity of God’s Word (Isa 40—49; 2 Pet 3:13). There are over 300 prophecies with regard to Christ’s first coming, and approximately one-fourth of the New Testament is prophetic. Second, Bible prophecy demonstrates the sovereignty of God in real history. God has stated history before it commences. Third, Bible prophecy demonstrates the believer’s responsibility in the current age. One’s view of the future will determine how he/she lives in the present. Fourth, an understanding of Bible prophecy should be an impetus for evangelism. Christ will judge the world of sin and unrighteousness, thus the gospel message needs to be proclaimed boldly and clearly. Fifth, Bible prophecy should be an impetus for godly living. One does not want to be caught in shame when Christ returns for His church. Sixth, Bible prophecy gives comfort in the midst of sorrow and facilitates perseverance with a hope of the future. 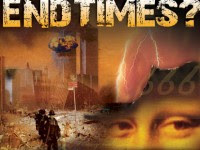 The issues in Bible prophecy are important because they deal with the whole counsel of God’s Word and the eschatological hope of the Christian. The study of Bible prophecy also follows biblical admonitions (cf. Matt 16:1-3; 24:3). Hebrews 11:13-16 (cf. Luke 21:34, 36) refers to those who lived in light of God’s future promises. Second Peter 3:11-14 emphasizes the urgency of being ready when Christ returns. First Thessalonians 5:1-11 contrasts the “you” (those who are able to understand the times in which they live) and “they” (those who are unaware of God’s prophetic decrees). Bible prophecy is important because Jesus commended the study of prophecy.

The world today wants to make sense of the events currently transpiring. In Matthew 24—25, the question is answered with regard to the sign of Messiah’s coming and the end of the world. The Jewish understanding of the end of the age and Messiah’s subsequent coming are intricately related. The reference to the “coming” in verse 3 (also vv. 27, 37, 39) would have meant the kingdom of God being established by Messiah as a literal, earthly reign. It is when Christ establishes His kingdom on earth that the unconditional promises made to Israel in the Abrahamic covenant will be fulfilled. Prior to that time, Jerusalem will be “a cup of trembling unto all the people round about” (Zech 12:2). The present turmoil in the world today is leading toward the fulfillment of Bible prophecy.

Though many signs are given for Christ’s second coming, none are given for the rapture. There is nothing that must precede the rapture, and yet nothing that precludes prophesied events from transpiring before the rapture of the church prior to the tribulation; it is an imminent event (e.g. Phil 3:20; 1 Thess 1:10; Tit 2:13). Despite all the signs of the second coming, there will be “scoffers” in the last days (2 Pet 3:3-4). Peter exhorted those living in the last days that the heavens and the earth are “reserved unto fire” for the day of God’s judgment and destruction of the ungodly (3:7). Furthermore, he warned that the reason for the Lord’s delay is that God is not willing that any should perish, but for all to come to repentance (3:9). Christians who rightly believe in the rapture and Christ’s judgments are not pessimistic; rather they are optimistic, realizing that the only hope for mankind is to be found in Jesus Christ.

Identity of the Antichrist

The Antichrist is known as the “beast” (Rev 13:1), “the man of lawlessness” (2 Thess 2:3), “the son of perdition” (2 Thess 2:3), “Wicked” (2 Thess 2:8), “the abomination” (Matt 24:15), the “little horn” (Dan 7:8), “a king of fierce countenance” (Dan 8:23), “the prince that shall come” (Dan 9:26), “a vile person” (Dan 11:21), the strong-willed king (Dan 11:36), and the worthless shepherd (Zech 11:16-17). The Antichrist (Greek prefix anti) not only stands against the true Messiah, but also in the most diabolical manner, he comes in the place of Christ. The Antichrist will likely be the one who is able to make the peace process in the Middle East work. He will accomplish a false peace that will end in sudden destruction (1 Thess 5:3). The man of lawlessness (2 Thess 2:3), or the “wicked,” is diabolical in his nature and deeds. He is certain to break any and all laws that God has commanded. Specifically, his rebellion is against God and His law. The Antichrist will actually exalt himself as God and erect an image of himself to be worshipped (Dan 11:36; 2 Thess 2:4; Rev 13:8). The New Age movement will find great joy in this world leader, as he will likely encourage the lie that man can become a “little god.” Through “lying signs and wonders,” he will deceive a wicked and unrepentant world (2 Thess 2:9-10).

The Nature of the Tribulation

The Jewish understanding of the “end of the age” was directly related with a future resurrection and Messiah’s reign on earth (Luke 20:34-40; Dan 12:2; Ezek 37:12-14; Isa 26:19). The “end of the age” is a reference to judgment at the end of the mystery kingdom that is illustrated in the parable of the wheat and tares (Matt 13:39, 40). The parable teaches that both wheat and tares will grow side by side as a result of the true sowing of the gospel and false countersowing, which will culminate in the saved of God entering the blessings of the millennium, and those who have rejected the gospel suffering eternal punishment.

The tribulation period is said to be “cut short” (Matt 24:22); otherwise, “no life would have been saved.” The shortening of the days does not mean that it will be less than seven years; rather, it means the time of wrath will be cut short. Surely, mankind deserves more than seven years of tribulation for his rebellion against God. Although the judgments intensify in sequential order (i.e. the seventh seal is the seven trumpets and the seventh trumpet is the seven bowls), the intensity of those judgments is restricted primarily to the last three-and-one-half years (Dan 7:25; 12:7; Rev 11:2; 12:6, 14; 13:5). Throughout the tribulation, there will be an unprecedented number of conversions through the ministry of the 144,000 (Rev 7:1-8) and the two witnesses (Rev 11:3). The reference to “he that shall endure unto the end” (Matt 24:13) refers to the time of Christ’s second coming (cf. Rev 7:9-17), and not the false doctrine of salvation by works. Only those believers who endure, that is, survive through the horrors of this period (Rev 6—19) will be “saved.” The “saved” will enter the millennial kingdom in their natural bodies.

Peter prophesied that the Day of the Lord would come as a thief in the night (2 Pet 3:10). John also used the same terminology with reference to the Lord’s second coming (Rev 16:15). The Day of the Lord is the same as the “day of God” described in 2 Peter 3:12, as the time including the burning of the earth in which the elements will melt. The judgment with fire is contained in the seal, trumpet, and bowl judgments. After the millennium, there will be the new heavens and the new earth in which righteousness dwells. The new heaven is described in Revelation 21; it will be established at the end of the millennial kingdom, and its creation is to be eagerly anticipated by believers. At the end of the millennium, all the effects of Adam’s fall and sin will be erased in the creation of the new earth. The new Jerusalem will then descend from heaven as the eternal dwelling place of the redeemed of all the ages.

Bible prophecy is as an impetus to believers to warn the lost. Since these events have not occurred yet, it proves “that the longsuffering of our Lord is salvation” (2 Pet 3:15). Peter’s words of exhortation are both dramatic and sobering, as he prioritized the believer’s responsibility to live a diligent life — in peace — spotless and blameless in Christ. The future is certain for all those in the Lord Christ Jesus, and the duration of all the saints in fellowship with the God of peace, who has reconciled the elect unto Himself, will be eternal. Surely, with such a great hope for the church, God’s people should take comfort that “God hath not appointed us to wrath, but to obtain salvation by our Lord Jesus Christ” (2 Thess 5:9; Tit 2:13). Christians are to warn those that do not have such hope that the coming of God in judgment will be swift (1 Thess 5:1-6). The early church would greet each other (in the form of a petition) with the word “maranatha” (1 Cor 16:22), meaning “our Lord come”; it was spoken to indicate their eager expectation for the coming of the Lord Jesus to deliver the church from the coming Day of the Lord (1 Thess 1:10). As Christians, we should live each day with an eternal perspective, knowing that our future in Christ is certain. Maranatha!

When Does the Day of the Lord Begin? - SpiritandTruth.org (Tony Garland)

Who Is the Antichrist? - BPB (Britt Gillette)