Since the whole concept of a dying Messiah is so foreign to modern Judaism, although it was once part of Judaism, there is a question that must be answered: Why did the Messiah have to die? In the course of answering this question, a second one arises: What is the means of redemption?

If there is one theme that seems to go throughout all of the Scriptures, it is the theme of redemption by blood.

According to the Old Testament

The redemptive element of blood begins to come into the theme of Scripture at the same time that sin does, for until sin came, no blood was necessary. We read that just as soon as man was expelled from the Garden of Eden: "Jehovah God made for Adam and for his wife coats of skins, and clothed them" (Genesis 3:21). The skins were animal skins. The nakedness, that the element of sin now revealed, needed to be covered. But the covering required the death of several animals and so, for the first time in history, blood was shed. This provides the root meaning of the Hebrew word for atonement, which is "a covering."

As biblical history develops in the Book of Genesis, we find that all those with whom God was pleased came to Him by means of blood. Noah immediately offered up blood sacrifices when he left the ark. He was followed by other great men in Jewish history—Abraham, Isaac, Jacob—all of whom were careful to approach God by means of blood.

When Moses received the Law at Mount Sinai, the redemptive element of blood ran through the entire Law with its 613 commandments. A great summary statement for the entire Law was to be found in the third book of Moses, Leviticus 17:11:

For the life of the flesh is in the blood; and I have given it to you upon the altar to make atonement for your souls: for it is the blood that maketh atonement by reason of the life. (ASV)

It can easily be said that all of the Law revolves around this one statement. There are commandments which God gave in the Law that were to be obeyed. Disobedience was sin. If disobedience did take place, the means of atonement for the sin was blood. The principle stood throughout the remainder of Old Testament history, but it was a burden to the individual. These blood sacrifices had to be repeated year in, and year out, and they had to be done in the Temple at Jerusalem.

It was Isaiah the Prophet who first provided the hope that the day would come when the burden would be lifted. In Isaiah 53, God declared that the Suffering Servant, the Messiah, would be the sacrifice for sin (Isaiah 53:10-11).

The point of Isaiah 53 is basically this: The animal sacrifices under the Mosaic Law were intended to be of temporary duration, a temporary measure only. God's intent was for there to be one final blood sacrifice, and that would be the sacrifice of the Messiah Himself. This, then, was the reason Messiah had to die: to provide the blood sacrifice for sin once and for all. No longer would the Jews be burdened with the yearly sacrifices. All a person would need to do is to accept the Messiah's death on his behalf and his sins would be forgiven. Messiah had to die to provide that atonement, for blood was the means of redemption. 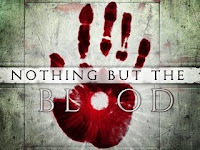 According to the New Testament

The Book of Hebrews was written by a Messianic Jew to a group of Jewish Messianic assemblies in Israel. It picks up the theme of Leviticus and the prophecy of Isaiah to show the superiority of the sacrifice of the Messiah. A number of passages bring these things out. Notice carefully how the author definitely has two things in the back of his mind: 1. The Book of Leviticus with animal sacrifices. 2. Isaiah 53 with the Messiah being the final sacrifice.

For verily not to angels doth he give help, but he giveth help to the seed of Abraham. Wherefore it behooved him in all things to be made like unto his brethren, that he might become a merciful and faithful high priest in things pertaining to God, to make propitiation for the sins of the people. For in that he himself hath suffered being tempted, he is able to succor them that are tempted. (ASV)

This passage makes the point that Messiah came as a Jew and underwent all the problems that a Jew had to go through in order that He might become a merciful and sympathetic high priest. The reason Messiah came as a Jew was so that He, too, would live under the Law and take upon Himself the burden of the Law. He could clearly sympathize with the Jewish state under the Law.

There are many advantages in the priesthood that we have through Messiah Yeshua. First, since Jesus by virtue of His resurrection now lives forever, we never have an interrupted priesthood. Second, since this is Messiah's blood—innocent blood—this was a one-time shedding. So another clear advantage over the Mosaic Law is that the sacrifice of the Messiah does not need to be repeated—it was "once and for all." The third advantage lies in the fact that whereas in the Old Testament system the earthly priest had to atone for his own sins, this was not the case with our Messiah—since our Messiah is a sinless Messiah.

Unlike the animal sacrifices, the sacrifice of Jesus was to bring eternal redemption rather than temporary atonement. This is the fourth distinction between the two priesthood systems. Furthermore, even after the animal sacrifice, the Jew was still conscious of his sins. Faith in the sacrifice of Jesus, however, brings a complete cleansing of the conscience of sins. This is the fifth contrast.

But the sacrifice of Jesus was once and for all and it never needed to be repeated. Acceptance of the sacrifice of Jesus does not bring temporary atonement but permanent forgiveness. By accepting the substitutionary death of Jesus for his sins, one is not continually reminded of those sins, but one receives a complete cleansing.

By which will we have been sanctified through the offering of the body of Jesus Christ once for all. And every priest indeed standeth day by day ministering and offering often times the same sacrifices, for which can never take away sins: but he, when he had offered one sacrifice for sins forever, sat down on the right hand of God; henceforth electing till his enemies be made the footstool of his feet. For by one offering he hath perfected forever them that are sanctified. (ASV—Hebrews 10:10-14)

This passage again points out how the high priest had to sacrifice day in and day out, and his work was never done. The high priest is viewed as standing to indicate this unfinished ministry. But Jesus, who offered Himself as a sacrifice "once and for all," is viewed as sitting at "the right hand of God," thus showing that His work is complete. Furthermore, the animal sacrifices provided a yearly atonement but never permanently took away sins. But those who accept the sacrifice of Jesus are perfected forever; their sins are permanently removed. As to the question, "Why did the Messiah have to die?" according to the new Testament, the reason is twofold: 1. To fulfill all Old Testament prophecies and requirements. 2. To bring in a permanent atonement rather than a temporary one.

The conclusion of both the Old and New Testaments is that the means of redemption was by blood, and the permanent blood sacrifice was to be the Messiah Himself. That is why the Messiah had to die according to the Old Testament. That is why Jesus did die according to the New Testament. Who killed Jesus was never the issue as far as the New Testament was concerned, for the Messiah had to die. It only became an issue years later because of anti-Semites seeking excuses to persecute the Jews. The only issue of the new Testament itself is whether one will accept the substitutionary sacrifice of Jesus for himself or not.

He shall see of the travail of his soul, and shall be satisfied: by the knowledge of himself shall my righteous servant justify many; and he shall bear their iniquities. Isaiah 53:11 (ASV)