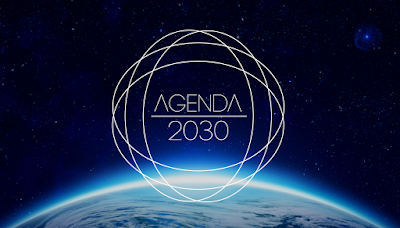 By Nancy Thorner and Bonnie O'Neil

(ILLINOIS REVIEW)—If it were possible to have a time machine traveling back to 1992 to visit the United Nation's "Earth Summit" in Rio de Janeiro, Brazil, we would repeatedly hear the phrase "Sustainable Living" drilled into the minds of the 178 nations and state officials that attended, including President George H. Bush. The purpose of the "Earth Summit" was to warn World leaders that the Earth could no longer sustain the consumptive appetite of the United States of America. The solution was a plan for "Sustainable Development" that would be implemented throughout the World.

George H. Bush not only bought into the fear-factor rhetoric, but also praised the Earth Summit, that soon became known as U.N. Agenda 21. Thereafter our government partnered with the U.N. and began a quiet, carefully crafted plan to implement this U.N. plan into numerous agencies of our government in all states, and thus began what has become the most intrusive agenda in our history. Governing agencies, such as the EPA, began covertly injecting new laws and regulations into our lives, making changes that affect every citizen.

Today, twenty-three years later, Agenda 21 mandates are firmly entrenched and its tentacles can be seen within all levels of government. Agenda 21 has even been inserted into most classrooms throughout America, largely due to liberal college professors and the controversial Common Core curriculum in grades K through 12.

Promoters of Agenda 21 seem to have had success, as we see facets of influence in all our lives. But apparently those who strongly support and sponsor Agenda 21 had hoped for better results, disappointment becoming apparent when the United Nations arranged a massive new gathering of members for the purpose of rebooting Agenda 21. On September 25-27, 2015, thousands of leaders from all over the World met in New York City to present a new fifteen-year plan entitled "Transforming Our World: the 2030 Agenda for Sustainable Development." In spite of the name change, Agenda 2030 has basically the same plan and goals of Agenda 21. It's only going deeper with its intentions to change the planet to United Nations' specifications. It's Agenda 21 on steroids!

While Agenda 21 focused mainly on the environment, Agenda 2030 encompasses far more and is touted to be the "new universal agenda" for humanity. It professes to be an altruistic plan that will benefit future generations. The reality, however, is that U.N. Agenda 2030 will rob individuals of most every freedom through its imposed mandates.

American citizens need to wake up to the fact that their American sovereignty is being challenged by the United Nations. Liberties have been lost since our government bought into U.N. Agenda 21 in 1992. The adoption of Agenda 2030 by U.N. world members on Friday, Sept. 26, will bring further erosion of liberties Americans hold dear. The influential power brokers behind this agenda will attempt to persuade us that their plan is necessary to save the planet. Be warned, the end result will be that the planet will be governed much like that of North Korea. Every aspect of our lives will be dictated by those in power over us.

One-World Government to Save the Earth, Eliminate Poverty, and Promote Equality

Why are our leaders supporting these U.N. Agendas? Consider that there are those who will profit by them. They will finance advertisements promoting their plans, as was reported by Fox.com in May of this year. Citizens have already been inundated with warnings of Climate Change which demand radical lifestyles essential to save the Earth, such as high-rise apartment living, rather than individual homes. The media gives the U.N. Agenda enormous publicity, but rarely prints information from leading scientists that dispute the claims.

Be forewarned, the promoters of U.N. Agenda 2030 will soon release subtle, very clever advertisements that will attempt to form or reform our thinking on the key issues of Agenda 2030. The ads will be designed to manipulate our thinking and opinions. We will hear of plans to end poverty around the World and create universal peace. U.N. leaders hope that you will be lured into handing over all your rights and freedoms for the betterment of everyone, so we are no longer bound by our time-honored Constitution.

For those Americans who love their country, this is a wake-up call. U.N. Secretary-General, Ban Ki-moon, dreams of a world of peace and dignity for all, but the reality is far from this seemingly altruistic ideal. We must sound the alarm that Agenda 2030 guarantees a future in which individual freedom is forfeited to an all-powerful One-World government controlled by tyrannical mandates. We must deter those who are trying to change our amazing government that has allowed the United States to grow, prosper, and become the envy of the World. To accomplish this we must be vigilant to stop the planned changes happening at every level of government....

America is the greatest country in the World, but we must elect bright, conservative, honest, and moral people to represent us if we want to keep it. Our country should not allow the United Nations to make our laws or dictate our lives.

People are beginning to understand the need to stop electing "long time establishment candidates" who are more interested in protecting their money sources and political careers, than the people they swore to serve and protect.

There is no doubt that the 2016 election is one of the most important in our nation's history. We must encourage everyone we know to vote wisely by providing them with compelling facts to consider. Surely, Agenda 2030 needs to be exposed and each candidate asked to explain his or her opinion on this U.N. infringement on American sovereignty.