Are Gentile Believers Part of Israel?

Q. Are Gentile Believers part of Israel? I am busy with your teaching on the covenants and finding it very informative. I would just like to ask you the following: 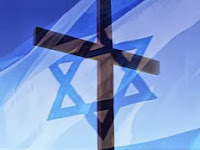 Are Gentile Christians Part of Israel?

A. Regarding your first question, I would say that "no" we are not "part of Israel" as gentile Christians. Both Jewish and Gentile Christians today make up the "Church" the "body of Christ" or "one new man" which Paul discusses in Ephesians 2. We, as Gentiles, were aliens from the commonwealth of Israel and strangers from the covenants of promise (Eph. 2:12), but now we have been brought near through Christ. But notice that we are not said to be "part of Israel" or a "new Israel." Instead, both Jews and Gentiles are said to be joined into a new spiritual body, the one new man (Eph. 2:15). Another evidence that we are not "part of Israel" is found by carefully examining Paul's use of the term "Israel" in Romans 9-11, and especially chapter 11. There, it will be found that "Israel" still refers to Jews. Especially note the following in chapter 11:

Notice that Paul knows nothing of the imprecise New Testament interpretation so prevalent in our time which applies the term "Israel" to Gentile believers. In different passages, Paul distinguishes several categories, all involving those of Jewish descent from the man Jacob (who is Israel):

What can be confusing is that although believing Gentiles are considered to be "sons of Abraham" by faith (Gal. 3:7,29; Php. 3:3), they are never called "Israel." A distinction is made between being blessed as part of the Abrahamic covenant—rooted in the promises to Abraham—which included blessings for "all the families of the earth" (wherein Gentile believers are found) and blessings for the physical descendants of Abraham through Isaac and Jacob/Israel—the Jews. In an analogous way to the way that Ishmaelites and Edomites are "sons of Abraham" physically, but not Israel, believers are spiritual sons of Abraham, but not Israel.

"Abraham's seed," therefore, is not necessarily equivalent of a Jew or a member of the people of Israel. God's promise to Abraham encompassed both "a great nation" and "all peoples on earth" (Ge 12:2-3). Both of these groups, therefore, share the fulfillment of that promise in the salvation of God without being merged into each other. It is significant that when the fulfillment of the Abrahamic promise is related to the Gentiles, it is specifically this statement about "all nations," not any reference to the "great nation" or Israel, that the apostle uses as OT support (Gal. 3:8). Again, there is sharing, but not identity...[1]

Regarding your second question, "Do any of the promises made to Israel as a nation apply to us, for example Deuteronomy 28..."

While there are principles in Deu. 28 which apply in general (e.g., God will bless a nation which is devoted to Him and follows His will, He will turn away from a nation—such as ours—which forsakes Him), the context of the passage is very clearly specific to the nation Israel. It includes curses which make absolutely no sense when applied to Gentiles (believers or otherwise). For example, the promise of worldwide scattering in judgment of disbelief: yet Gentiles (non-Jews) have always been scattered all over the world.

Whereas all scripture is written for our learning (Rom. 15:4), it is not all written specifically to us—and this is the case in Deuteronomy 28. Both the blessings and curses stated there apply to Israel, as the phrase "wandering Jew" and history abundantly prove.

Concerning the blessings which come to believing Gentiles, this is best understood by studying the relationship between the New Covenant (given to Israel in Jeremiah 31) and the Church. I can suggest several excellent online resources on this which illuminate some of the subtleties involved:

May God bless you as you seek to properly understand and apply the distinctions which are made in Scripture in relation to God's continuing purpose for Israel and the Church.