The Nature of the Church

The New Testament clearly teaches that church age believers will suffer (John 15:18-25; 16:33; Phil. 1:29; Col. 1:24; 2 Tim. 3:12, etc.). Yet this same New Testament promises a deliverance from a coming or future time of wrath. Thus, it follows that there must be different kinds or periods of wrath or persecution that the church will experience and another kind from which she will be delivered. That is exactly the case. Believers suffer persecution during the current church age, but is promised deliverance from a future, coming wrath—the wrath of the tribulation. 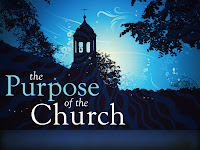 God's Purpose for the Church

God's plan and purpose for the church would naturally relate to whether He will remove His Bride before the tribulation or have her go through it. Only pretribulationism is able to give full biblical import to the New Testament teaching that the church differs significantly from Israel. The church is said to be a mystery (Eph. 3:1-13) by which Jews and Gentiles are now united into one body in Christ (Eph. 2:11-22). This explains why the church's translation to heaven is never mentioned in any Old Testament passage dealing with the second coming after the tribulation, and why the church is promised deliverance from the time of God's wrath during the tribulation (1 Thess. 1:9-10; 5:9; Rev. 3:10).

Believers are tested during the church age via the persecution and sometimes even death at the hand of the world (John 15:18–26; 16:33; 2 Tim. 3:12; Rev. 3:10). However, God’s wrath is never directed toward the church, Christ's bride. Can you image the Lord beating up His bride via the wrath of the tribulation and then marrying her at the end of His period of wrath against her? I cannot, nor does the New Testament, which is why both of us teach the pre-trib rapture view. It is helpful, in determining the timing of the rapture, to note that the translation of the church is never mentioned at all in passages that speak of the second coming of Christ after the tribulation. [1]

The Apostle Paul notes that the church is not appointed to God's wrath to be dispensed during the seven years of the tribulation in the following passages:

Because God has promised that the church cannot enter the time of "the wrath of the Lamb" or "the great day of their wrath" (Rev. 6:16-17), the church will have been taken to heaven before this time.

The Old Testament taught that there would come a time, just before Israel returns in faith to the Lord, resulting in God returning them to a place of glory in the world. Deuteronomy 4:30 said, "When you are in distress and all these things have come upon you, in the latter days, you will return to the Lord your God and listen to His voice." The word "distress" or "tribulation" in the KJV is said in Zephaniah 1:15 and 18 to be a time of God’s wrath. "A day of wrath is that day, a day of trouble and distress, a day of destruction and desolation, a day of darkness and gloom, a day of clouds and thick darkness" (Zep. 1:15.) "Neither their silver nor their gold will be able to deliver them on the day of the Lord's wrath; and all the earth will be devoured in the fire of His jealousy, for He will make a complete end, indeed a terrifying one, of all the inhabitants of the earth" (Zep. 1:18).

The Old Testament calls this time "the day of the Lord," or what is more commonly known as "the tribulation." It will be a time of wrath—God's wrath against the world and the earth dwellers. What is the purpose for His wrath? God’s purpose for the seven-year tribulation includes a time of wrath or judgment upon the Gentiles for their treatment through the years of Israel (Deut. 30:7) and for their rejection of Israel’s Messiah–Jesus (Rev. 3:10). It becomes obvious that since the church does not fit God’s purpose for His wrath, God has chosen to remove the church from this time-period. This is the point Paul is making when he promises deliverance from this time of wrath. The only way this can be fulfilled is through a pretribulational rapture of the church. Dr. Renald Showers explains:

Forgiveness of sins through Christ prepares the church so that she will not be overtaken by the day of the Lord (1 Thess. 5:1-9), which includes the tribulation. This will be achieved by the rapture, mentioned by Paul in the preceding chapter (1 Thess. 4:13-18).

Kept from the Hour

The church is explicitly promised, through the church of Philadelphia (Rev. 3:10), deliverance from “the hour of testing,” which is a reference to the tribulation. Here is a clear passage teaching that the church will escape the tribulation, since God has revealed that it will be “to test those who dwell upon the earth.”

Believers are promised deliverance from the hour of testing. This means that the church is totally absent from the time period of this testing. It is said to be a time of worldwide testing. Further, it will test “those who dwell upon the earth.” This single Greek word “earth dwellers” is used ten other times in Revelation (6:10; 8:13; 11:10 [twice]; 13:8, 12, 14 [twice]; 17:2, 8), as “a company of people constantly in view through the Apocalypse as objects of God’s wrath because of their rebellion against Him.... These are men given up to evil and hatred of God’s saints.” [3] Thus, a contrast between what God has in store for His church and unbelievers could not be greater. Every aspect of this passage strongly supports pretribulationism. Jeffrey Townsend concludes as follows:

The godly remnant of the tribulation are pictured as Israelites and Gentiles, not members of the church. Thus, pretribulationists do not confuse general terms like “elect” and “saints,” which are used in the Bible of all the saved of the ages, with specific terms like “church” and those “in Christ,” which refer to believers of this age only. The nature and purpose of the church is said to be unique and separate from Israel. This provides a biblical basis for removal of the church before God completes the final seven years leading up to Israel’s redemption and exaltation during the millennium. We have seen that there are specific passages promising the church’s removal before the time of the tribulation gets under way. These passages can only be harmonized with the rest of the Bible within a pre-trib framework, thus making sure that our Blessed Hope is imminent indeed. Maranatha!