Jesus clearly teaches that the Church Age, before the rapture and the tribulation, would be a time in which Believers would experience "tribulation" from the world. Jesus said,

"These things I have spoken to you, that in Me you may have peace. In the world you have tribulation, but take courage; I have overcome the world" (John 16:33).

It is said of the Apostles in the early Church:

"So they went on their way from the presence of the Council, rejoicing that they had been considered worthy to suffer shame for His name" (Acts 5:41).

Later it was also said,

"strengthening the souls of the disciples, encouraging them to continue in the faith, and saying, 'Through many tribulations we must enter the kingdom of God'" (Acts 14:22).

"For to you it has been granted for Christ's sake, not only to believe in Him, but also to suffer for His sake" (Phil. 1:29).

Paul wrote in his farewell epistle,

"But to the degree that you share the sufferings of Christ, keep on rejoicing; so that also at the revelation of His glory, you may rejoice with exultation" (1 Pet. 4:13).

Therefore, there is a clear biblical basis for expecting Church Age persecution from the world toward believers.

And one has but to think of Christians being thrown to the lions in a Roman arena, or Christians being torn on the racks of a Spanish Inquisition, or Christians today being put to death in godless Communistic lands to realize that believers have undergone fiery trials down through the years since the days of the early church. Such persecutions with their untold agony, no matter how severe, are nevertheless not "the great tribulation." If they were, one could hardly read Fox's Book of Martyrs without concluding that there have been two or three "great tribulations" every century from the time of Christ.

Down through the centuries, believers have suffered, bled, and died for their faith in Christ, counting it not loss to seal their testimony with their blood. [1]

I have read from various sources that at least 100,000 believers die each year throughout the world in our own day and age, not to mention the various levels of persecution short of death that goes on as well. These are the Church Age tribulations that the New Testament speaks of in relation to believers throughout the entire dispensation of the Church.

The point is that non-pretribulationists believe that future tribulation during the seven-year tribulation is basically more of the same kind of persecution that has been going on for the last two thousand years. On the other hand, pretribulationists believe that the Bible indicates that tribulation during the future seven-years will be something that has never been seen before, it will be the judgment from God upon a Christ-rejecting world. What has been going on since the founding of the Church about two thousand years ago has been the animosity of Satan, his demons and the hatred of the unbelieving world, not the wrath of God. 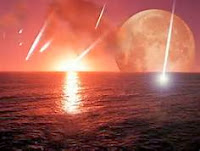 It is quite clear in the biblical text that tribulation is a time of God's wrath, not of mankind or of Satan. Scripture speaks of some episodes of Satan and the world against God's people, but the emphasis is clearly upon the wrath of God throughout. In fact, throughout the tribulation there is first a fourth of the earth's population that is killed (Rev. 6:8), then a third is killed (Rev. 9:18), and finally, by the end, all unbelievers are killed (Matt. 13:40, 43; 25:31, 46; Rev. 19:11, 16). Obviously, these passages speak of a time unlike anything that has ever happened throughout the Church Age.

Kept from the Hour

Clearly the New Testament teaches that the Church will be kept from the time of God's wrath. Paul, in one of his earliest epistles makes note of this fact as follows:

In the same epistle he says,

"For God has not destined us for wrath, but for obtaining salvation through our Lord Jesus Christ" (1 Thess. 5:9).

Paul assumes the much used Old Testament term "wrath" to mean what it does in the Old Testament, which is the time of God's wrath or the tribulation period when God's wrath will be poured out upon the earth. Thus, these two passages, which speak of a future time different than the current Church Age which they were in, clearly see that wrath occurring during the tribulation. Therefore, the Thessalonian believers and all Church Age believers have a promise from God that we will not experience the wrath of God. A similar point is made from Paul's statement in Romans 5:9.

"Because you have kept the word of My perseverance, I also will keep you from the hour of testing, that hour which is about to come upon the whole world, to test those who dwell upon the earth."

This promise made to the Church of Philadelphia and thus all believers throughout the Church Age promises that we will be kept out of the time of the tribulation. This passage has very clear pre-trib implications. The "hour" or "time" of testing is what believers will be kept from. Further, the hour of testing is said to be something that will in the future come upon the whole earth. Thus, it is clear that it is not something that has happened during the days of the Church Age, since no one knows of a global testing that came upon the whole earth since the first century. John speaks in this passage of the tribulation period, which is clearly a time in which the Lord will test the earth dwellers (always persistent unbelievers throughout Revelation) and not Church Age believers. The passage makes it clear that the present Church Age is when the Church is being tested and that is the reason given for why we will be exempted from the time period when God will test the earth dwellers during the period we know as the tribulation.

The Bible distinguishes between trials and tribulations that are destined to occur to Believers during the Church Age from the wrath of God, which will be poured out during the tribulation that is intended for the world. To say that the Church will go through the tribulation because the Bible predicts that Believers will experience tribulation is an erroneous statement in light of the Bible's distinction between present and future tribulation. It is also more likely for an American, who has not experience persecution yet, to think that we must, since America has a different history in relation to Christianity than is common throughout the Church Age.

I have often heard Dr. Ed Hindson make an excellent analogy concerning this issue. He says that having the Church, which is pictured in the New Testament as the Bride of Christ, go through the tribulation is like a man taking a girl to whom he is engaged and beating her to the point of near death and then saying, "Hey babe, let's get married." Such behavior would rightly be thought to be crazy. The New Testament clearly teaches that Christ marries the Bride in heaven (Rev. 19:7-10) before she accompanies Him to earth. She is already in heaven since she was raptured before the tribulation in order to experience the judgment seat of Christ during the tribulation. Therefore she is ready, married and victoriously returning to earth at the second coming with Christ (Rev. 19:11-21). Only the pre-trib scenario makes sense of the details, thus demonstrating that the belief that the Church needs to go through the wrath of the tribulation is a false conclusion. Maranatha!