There are a number of conclusion I would like to highlight as I bring this series to an end that reflect my concern within our movement of Futurism. I do not believe that my concerns are just abstract ideas that flow out of some personal bent that I may have. Instead, I believe that it is out of concern to rightly divide or handle the Word of God that my concerns have developed. As I have noted earlier in this series, "historicism" is an interpretative approach that believes the prophecies of the Olivet Discourse and the Book of Revelation are being fulfilled during the current church age. They are not being fulfilled today! Thus, to hold historicism or elements of historicism is a form of allegorical interpretation. Allegorical interpretation involves bringing an idea from outside the text of Scripture and imposing it upon the text. Therefore to mix futurism and historicism is an errant approach. 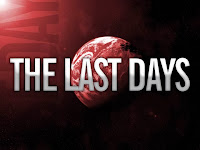 Some futurists say that they believe we are living in the last days. Yet they often fail to define what they mean. We are living in the last days of the church age; however, we are not living in the last days in the sense that the phrase is normally used in the Old Testament, which would be the tribulation period. Sometimes they say that Bible prophecy is being fulfilled in our day. They will cite items they say are being "fulfilled" to bolster their belief. They cite things relating to the mark of the beast, the rise of Antichrist, the Revived Roman Empire, etc. Instead they should be saying that these developments are preparing the way or setting the stage for future fulfillment during the tribulation, after the rapture. I am in perfect agreement with them if they were to shift from saying "fulfillment" to saying "preparation." To talk fulfillment in these matters is to adopt, knowingly or unknowingly, the historicist allegorical hermeneutic.

I am concerned about the leakage of historicism into futurism because many of our critics cite these examples of so-called "fulfilled prophecy" and note that they were not in fact fulfilled in accordance with the biblical text. These critics are right. These prophecies have not yet been fulfilled. Opponents go on to conclude that our futurist views are therefore refuted. In reality, it is the historicist elements that futurist have inconsistently brought into an otherwise futurist understanding of the Bible prophecy. Even worse, there are some who hold to our futurist viewpoint who hear the critics and are convinced that they are true. Some of our own abandon the correct views of Bible prophecy because they have not seen a fulfillment of these items as well.

Too often the result of these confusions, for many thinking believers, are their rejection of our false speculations, as if they are our interpretations of what the Bible says. Instead, they are really misapplications of Scripture, applying what will occur in the tribulation to our current church age. There are at least three key steps that must be processed before developing a proper approach to understanding the signs of the times. Dr. Ed Hindson calls these three items facts, assumptions, and speculations. [1] Dr. Hindson outlines the following categories:

Just because there may be legitimate signs in our day pointing to the return of Christ, does not mean that every thought and speculation being brought forth is legitimate. In fact, there is entirely too much wild speculation that some current event is related to Bible prophecy. For some, virtually every thing that happens is an indication that the Lord's return is near. Wild speculations are all too common today and too often they are inconsistent with the literal interpretation of Scripture. Mixing historicism and futurism is too often an exercise in speculative thought and not sound biblical interpretation.

Thus when we are approaching the study of biblical prophecy and attempting to relate it to events in our own day we must first make sure that we start with a proper interpretation of the biblical text before we can draw conclusions upon which to speculate. These conclusions will be within the consistent futurist framework. It stands to reason that if we have an incorrect interpretation of a passage then the conclusion or assumptions we draw will of necessity be wrong (unless we are illogical and inconsistently stumble onto a right conclusion).

For example, if we are studying what area of the world the antichrist will come from, we must start with a correct interpretation of biblical passages that bear on the subject. Having properly gathered the biblical data, we then draw conclusions, or as Dr. Hindson called it: assumptions. Thus, we might conclude that the antichrist will arise out of the Revived Roman Empire. Since 2 Thessalonians 2:6-9 indicates that he will not be revealed until after the rapture, we would not be able to legitimately speculate as to who he might be within the community of present day possibilities. We could use such an interpretation and assumption to exclude a suggested candidate from somewhere like Japan, if one were to bring forth such a speculation.

Legitimate views about the signs of the times must start with 1) sound biblical interpretation, 2) proper assumptions or conclusions drawn from the interpretation, and 3) speculation consistent with the previous two factors. Only after following such an approach can we conclude that any contemporary development is a sign of Christ's return. We cannot just start with a belief that we are living in the last days. If we are to be truly God honoring and biblical in our lives we must properly interpret God's Holy Word and apply it correctly.

While speculating within a biblical framework we need to keep in mind that even though the stage has been set and continues in a state of readiness for the unfolding of tribulation events, there is nothing that must yet come to pass before the rapture of the church. The rapture is signless and could happen at any moment; however, the many events of the tribulation must take place in order for the second coming of Christ to occur. As we look at world events and recent history, we see many indicators that things may be drawing to a conclusion. Dr. Charles Dyer notes,

The curtain has not yet risen on the final act of God's drama for this present age. The house lights have dimmed, but we can still perceive activity taking place behind the curtain. God is arranging the scenery in its proper place and is allowing the actors to assume their positions on the world stage. When everything is in order, God will allow the curtain to go up.

As we look at and evaluate current world events, we want to understand what role they might be playing to set the stage for the events prophesied in the Bible. At the same time we must remember that, as the world continues to change, only God knows the future. We must evaluate current events in light of the Bible, and not the other way around. We need to know and understand Bible prophecy so that we can more wisely discern the role of current world events. [3]

I hope that this series has been an aid to many within our camp that sincerely want to properly understand what God's Word teaches and how to correctly apply it in light of events taking place in our own day. After all, this is God's perfect Word to us and we must see our task as properly representing Him to the people we impact. As a result, I believe that His plan for the end times is drawing closer with every breath we take. Come quickly Lord Jesus! Maranatha!