Because today's evangelical world believes that the church is experiencing the Messianic kingdom, we began a study chronicling what the Bible teaches about the kingdom. This earthly kingdom is anticipated in the office of Theocratic Administrator that was lost in Eden, in the biblical covenants, in the predictions of the Old Testament prophets, and in the earthly theocracy governing Israel from the time of Moses to Zedekiah. This theocratic arrangement terminated with the initiation of the "Times of the Gentiles" when the nation had no king reigning on David's Throne as Judah was trampled by various Gentile powers. Against that backdrop entered Jesus Christ, the rightful Heir to David's Throne. Had first-century Israel enthroned Christ, the earthly kingdom would have become a reality. Despite this unprecedented opportunity, Israel rejected the kingdom offer leading to the kingdom's postponement.

Due to this postponement, Christ explained the spiritual conditions that would prevail during the kingdom's absence. This interim program includes His revelation of the kingdom mysteries and the church (Matt. 13; 16:18). Because neither the kingdom mysteries nor the church represent the fulfillment of God's Old Testament kingdom promises, the kingdom will remain in a state of abeyance as long as God's present work in the world continues through His interim program. However, one day the church's mission on the earth will be completed resulting in the church's removal from the earth through the rapture. Then God, who is not forgetful of His prior unconditional covenants with Israel, will re-extend the offer of the kingdom to national Israel in the midst of the coming Great Tribulation. Unlike at the First Advent, this time the offer will be accepted leading to Christ's return and subsequent earthly kingdom. Revelation therefore explains how the world will eventually transition from the rule that Satan has had over the world ever since the Fall in Eden (Luke 4:5-8) to the future time in history when God and His people "will reign upon the earth" (Rev. 5:10b; 11:15b). The Apocalypse also furnishes the important detail of the Messianic kingdom's duration, namely one-thousand years (Rev. 20:1-10). 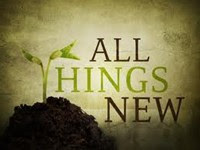 The Kingdom and the Eternal State

A chronological approach to the Book of Revelation reveals that the Millennial kingdom will be followed by the Eternal State. Thus, it becomes necessary to trace God's kingdom program beyond Christ's one-thousand year earthly reign. Chafer observes that the transition from the Messianic kingdom to the Eternal kingdom (Rev. 21-22) will be marked by seven events. They include:

1. the release of Satan from the abyss, 2. the revolt on earth with judgments upon Satan and his armies, 3. the passing of the old heaven and old earth, 4. the great white throne judgment, 5. creation of a new heaven and new earth, 6. the descent of the bridal city from God out of heaven, and 7. the surrender of the mediatorial aspect of Christ's reign and adjustment to the eternal state immediately following. [1]

Although much ink could be spilled discussing each of the items, only four points will be highlighted.

First, only after the defeat of Satan (Rev. 20:10) will God destroy the present earth and replace it with the new heaven and earth (Rev 21:1). Why such a precise chronology? This order relates to a point that was brought out early on in this series. According to Ryrie, "Because He must be triumphant in the same arena where He was seemingly defeated. His rejection by the rulers of this world was on this earth...His exaltation must also be on this earth." [2] In other words, because the office of Theocratic Administrator was lost to this world it must be restored to this world. Yet, with the accomplishment of the earthly, one-thousand-year reign of Christ, this divine prerogative has been fulfilled. Thus, God is now free to start anew. He does so with the destruction of the present heavens and earth and the creation of the new heaven and earth.

Second, while some today argue the new heaven and earth are simply a renovation of the present heavens and earth, it is better to see them as a new creation entirely. In other words, the new heaven and earth will be an ex nihilo (something out of nothing) creation. Therefore, the new heaven and earth will be similar to God's creation of the original heavens and earth as recorded in Genesis 1. Several reasons make this contention tenable. [3] Unlike the present creation which is contaminated by sin (Rom. 8:20-22) that even extends into the Messianic kingdom (Zech. 14:16-18; Isa. 65:20; Rev. 20:7-10), the new creation will be completely free of sin and its influence (Rev. 21:4). Moreover, Peter's description of the final destruction of the present heavens and earth by fire (2 Pet. 3:7, 10-11, 13) seems incompatible with a renovation perspective. Many other areas of Scripture similarly speak of the complete destruction of the present world (Matt. 24:35; 1 Cor. 7:31; Heb. 1:10-12; 1 John 2:17). Also, the topography and geography of the coming new heaven and earth is described differently than the present heavens and earth. While the seas (Gen. 1:9-10) constitute close to seventy-five percent of the earth's surface, no sea will be present in the new world (Rev. 21:1b). Although the luminaries such as the sun, moon and stars are a part of our world (Gen. 1:14-19), such luminaries will be absent from the new world (Rev. 21:23; 22:5). Although the notion of a renovated earth may fit the transition from the present world into the earthly Messianic kingdom, it seems incompatible with the transition from the Messianic kingdom into the Eternal State.

Some maintain that the verb translated "passed away" (aperchomai) in John's description of the passing away of the present world does not convey total eradication. Revelation 21:1 says, "Then I saw a new heaven and a new earth; for the first heaven and the first earth passed away..." However, this identical Greek word is used a few verses later in Revelation 21:4 in a context that speaks of complete elimination. Revelation 21:4 says, "and He will wipe away every tear from their eyes; and there will no longer be any death; there will no longer be any mourning, or crying, or pain; the first things have passed away." "Passed away" in Revelation 21:4 means total elimination since it is speaking of sin and its consequences (tears, death, mourning, crying, and pain). If "passed away" means total elimination in Revelation 21:4, then why shouldn't John's use of the identical word a few verses earlier also not convey this same meaning. [4]

Others note that Peter exemplifies the destruction of the world through Noah's flood as a paradigm for how God will destroy the present earth (2 Pet. 3:6, 10-13). Thus, they argue that just as the transition from the prediluvian to the post-flood world involved a renovated earth, then the transition from the Millennial kingdom into the Eternal State will also involve a renovated rather than a completely new earth. They base their argument on 2 Peter 3:6, "through which the world at that time was destroyed, being flooded with water." If such terminology does not mean eradication of the earth, then neither should it carry this meaning in Revelation 21:1a. However, Peter was not speaking of the flood's impact upon the earth. Rather, he was explaining that the flood destroyed all of humanity (except the eight on the Ark). The Greek word kosmos translated "world" can sometimes refer to humanity (John 3:16) rather than to the physical earth. In sum, while the Messianic kingdom will take place on the present earth, the Eternal kingdom will involve a completely new earth.

The delivery to God of a now unmarred kingdom does not imply the release of authority on the part of the Son...The distinction to be noted lies between the presentation to the Father of a restored authority and the supposed abrogation of a throne on the part of the Son. The latter is neither required in the text nor even intimated. The picture presented in Revelation 22:3 is of the new Jerusalem in the eternal state, and it is declared that "the throne of God and of the Lamb shall be in it." [5]

Thus, the rule of the Father through the last Adam, God the Son, over creation will continue eternally in the New Heavens and Earth. John summarizes, "They will reign forever and ever" (Rev. 22:5).