Last week Congress received the Pentagon’s report assessing the impact of repealing the homosexual exclusion law, often referred to as “Don’t Ask, Don’t Tell” (DADT). Congress should trash the report due to its many problems and turn a deaf ear to President Obama’s repeal request.

President Obama called for repeal in his State of the Union Address. Then Secretary of Defense Robert Gates established a Comprehensive Review Working Group (CRWG) to assess the impact of repeal and then delivered the results to Congress.

The report has many problems which include these 10:

1. Report creates an answer to a question it failed to ask: “Do you favor repeal?” The report states “We did not poll the military or conduct a referendum on the overall question of whether to repeal the current [DADT] law.” But Secretary Gates in Senate testimony claimed the troops support repeal stating “a strong majority … two-thirds, do not object to gays and lesbians serving openly in uniform.”

Gates’ “two-thirds” statistic comes from troop answers to a question (68a) from the Pentagon’s report. That question asked whether a homosexual in one’s unit would affect the unit’s ability to “work together to get the job done.” The report states 70% predicted a positive, mixed, or no effect outcome.

This is a disingenuous pro-repeal spin on the responses. The same data can be restated to support a very different conclusion: “61.7% of service members predicted at least some negative effects from repeal, while only 18.4% predicted positive effects.”

2. Costs associated with repeal. The report estimates repeal will cost $30-$40 million for the expansion of benefits eligibility, privacy accommodations, and sensitivity training.

The CRWG also expects “recruiting and retention expenses related to repeal to be negligible.” But that view is misguided given the significant number (24%) in their survey who will leave or consider leaving early if DADT is repealed.

The CRWG naively dismisses higher medical costs. The report admits repeal could increase the number of personnel who are “men who have sex with men” and that group has the highest risk of HIV infection. But it contends the incidents of HIV will be minimal because of regular blood testing.

But the military already has more than 1,000 HIV infected personnel and many contracted the virus via homosexual sex. They are non-deployable, soak up perhaps $80 million in HIV-related medical costs annually and must be replaced overseas by healthy troops.

3. CRWG silenced many who opposed repeal. The CRWG conducted 95 face-to-face information exchange forums, 140 small focus group sessions and sponsored two web-based sites to gather confidential comments. The report admits “the majority of views expressed [in these fora] were against repeal of the current policy.” But that opposition was not quantified, according to the report, because it was too hard.

The report claims separate facilities “would be a logistical nightmare, expensive and impossible to administer.” Besides, the report states, it “would stigmatize gay and lesbian service members.” 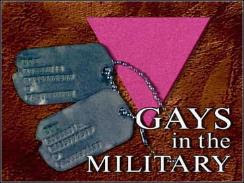 It attributes heterosexual privacy concerns to stereotype views such as “homosexuals will behave as predators.” The report dismisses these objections stating “common sense tells us that a situation in which people of different anatomy shower together is different from a situation in which people of the same anatomy but different sexual orientations shower together.” It uses a statement from a homosexual to support this view: “[g]ay men have learned to avoid making heterosexuals feel uncomfortable or threatened in these situations.”

5. Report fails to highlight survey’s flaws. The report’s service member survey was emailed to 400,000 active and reserve personnel but only 28% responded, or five percent of the 2.2 million military force. The report does not explain how the Defense Manpower Data Center selected those respondents. Was it a true random sample or were those deployed excluded?

Further, the Air Force (39% responded) and Coast Guard (54% responded) enjoyed a disproportionate advantage to the much larger Army (19% responded). The report fails to account for this dramatic difference.

6. CRWG’s questionable assessments. The CRWG established a panel of 11 military and civilian personnel to review material and hear presentations and then assigned a numeric rating for risk of repeal as it related to readiness, unit effectiveness, unit cohesion, recruiting, retention, and family readiness.

This is an unscientific process that relies on just one panel of non-scientists to filter through mounds of complex and unfamiliar material. The CRWG should have hosted multiple panels considering the same material and then compared their results. Also, the panel members likely deferred to the opinion of one deep technical experts like the lawyer who may have biased the assessment.

The panel’s assessments raised numerous concerns. For example, the panel dismissed a Rand Corporation study that found repeal could affect enlisted recruitments by 7%. The panel said the “military’s recruitment systems are resilient to overcome the shortfall” and the CRWG’s survey found 63% would still recommend service anyway.

7. Puts faith in education, training and leadership. Secretary Gates testified “The key to success…is training, education … leadership…” But the military’s training and education programs have a poor track record with complex social issues like sexual assault and suicide which were both at the highest level ever last year. The report provides no evidence homosexual sensitivity training will work any better.

What Gates calls leadership is really policing. Repealing the law just adds another requirement to our overloaded leaders, to which General George Casey, Army chief of staff, testified, “If we do this” then “other things are not going to get done, and I worry about the implications of that in Iraq and Afghanistan.”

8. Explains away combatants’ negative views. CRWG’s survey found that up to 67% of Marine and Army combatants said repeal would negatively impact unit effectiveness. But the report dismisses these negative scores to suggest combatants’ lack of service with homosexuals feeds the negativity. The CRWG promises training and leadership will mitigate the negativity.

9. Concerns about open homosexuality “exaggerated.” The report admits to ignoring “moral and religious objections” before tackling concerns driven by “misperceptions and stereotypes” such as displays of effeminacy among men and homosexual promiscuity. It concludes these concerns are “exaggerated, and not consistent with the reported experiences of many service members.” The report offers no evidence to support that conclusion.

10. Seeks Congress’ approval of homosexuality. President Obama is using the CRWG report to force Congress to endorse homosexuality. Repeal of the homosexual exclusion law would be a moral judgment that will influence all federal agencies and especially the courts establishing a precedent to challenge other laws like the Defense of Marriage Act.

Congress should trash the Pentagon’s report and dismiss Obama’s call for repeal. Our military is at war and this political issue is an unnecessary, dangerous distraction.

Say NO to Congress mandating open 'gays' in military - WorldNetDaily