Not So Sure These Bugs Eat Arsenic

In case you've been out of the arsenic-eating-bacteria loop (where else have you been!) NASA last week declared the existence of bacteria that incorporate arsenic into their DNA in the place of phosphorus. Arsenic is a toxic substance to most normal terrestrial life forms, while phosphorus is absolutely necessary for life. The article published in the online version of the journal Science implied that this bizarre arsenic-loving bug could offer insight on the evolution of life elsewhere in the universe. "Whooha!" said the newspapers, "There's strange and wonderful bacterial life in outer space."

NASA's article claims that the bacterium - a strain GFAJ-1 of the Halomonadaceae – is able to grow in a medium of arsenate with no added phosphate. The research team concluded that the data showed macromolecules like nucleic acids (e.g. DNA) and proteins were able to incorporate arsenate in spots that would normally be taken by phosphate.

Arsenic sits right below phosphorus in the periodic table, which means that it has similar chemical properties. In fact, the reason arsenic is such a problem for the body is that it can get mistaken for phosphorus. If the body tries to use arsenic in the same way it uses phosphorus, though, it's in trouble. Arsenic is unstable in water, making it impossible for cells to function so that they die.

These bacteria, though, taken from Mono Lake in California, live in an environment high in arsenic. The NASA researchers placed some of the bacteria in a medium high in arsenate, and found they grew faster (in June at least) than the bacteria placed in a medium without arsenate. They ran a variety of tests and concluded that the bacteria had incorporated arsenic into their systems in the place of phosphorus, which was what the researchers were trying to prove in the first place.

Arizona State University cosmologist Paul Davies is excited by the research. Davies has long been on the look-out for evidence of life in outer space. "This organism has dual capability – it can grow with either phosphorus or arsenic," said Davies. "That makes it very peculiar, though it falls short of being some form of truly 'alien' life belonging to a different tree of life with a separate origin. However, GFAJ-1 may be a pointer to even weirder organisms." 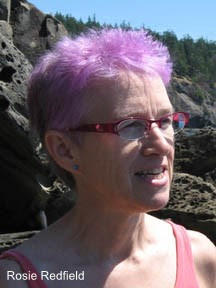 On the other hand, Rosie Redfield, who runs a microbiology research lab at the University of British Columbia, was pointedly unimpressed with the NASA scientists. She argues that the experiment was poorly done, that the researchers failed to take all the necessary steps to prevent extra phosphate sources from contaminating the arsenate-fed bacteria and skewing the results. It might appear that arsenate is causing the bacteria to grow in the absence of phosphate, but if the bacteria are good at dealing with arsenic without dying anyway, and are able to get sufficient phosphate from contaminating sources, then the researchers haven't proved anything at all.

Redfield faults the researchers for their approach:

"There's a difference between controls done to genuinely test your hypothesis and those done when you just want to show that your hypothesis is true. The authors have done some of the latter, but not the former. They should have mixed pregrown E. coli or other cells with the arsenate supplemented medium and then done the same purifications. They should have thoroughly washed their DNA preps (a column cleanup is ridiculously easy)... They should have noticed all the discrepancies in their data and done experiments to find the causes.

"I don't know whether the authors are just bad scientists or whether they're unscrupulously pushing NASA's 'There's life in outer space!' agenda..."

Organic chemist Derek Lowe is far more gentle, being partially convinced, but he points out, "...Although they do show some arsenate in purified DNA, the initial DNA/RNA extract from the two groups (high As/no P and no As/high P) shows more arsenic in the bacteria that weren't getting arsenic at all."

Astrobiologist Steven Benner at the Foundation for Applied Molecular Evolution in Gainesville, Florida, made a short rejection of NASA's claims. He told Science that the researcher's conclusion was "not established by this work."

Here is what we do know. A variety of "extremophiles" share Earth with us. These are critters – mostly bacteria – that can survive in surprising circumstances. Some live in highly acidic conditions, and others live in extremely high temperatures. (Some live in Burbank.) There's no solid evidence, beyond the imaginations of astrobiologists, that any of them shot down from outer space.

Not that arsenic-eating bacteria wouldn't be useful. There are plenty of orchards around the world that were once doused with arsenic to keep off the insects – until we realized that arsenic stays in the soil forever. If we could find a safe bacterium to eat all that lazy arsenic to keep it from getting on our kids when they play in the old orchard, that could be a good thing. It's nice to keep it out of the apple pie too. Unfortunately, it doesn't look like we've found the miracle bug to do that job just yet.

Arsenic Bacteria: Does the Evidence Hold Up? - In the Pipeline

Arsenic about face - The Guardian