Q. Do you believe the Obama administration would ever launch military strikes against Iranian nuclear facilities?

A. The Obama administration is highly unlikely to use military force to stop Iran from getting the Bomb, and all Iranians know it. After all, the President is doing everything he can to pull U.S. forces out of Iraq and Afghanistan as rapidly as possible. American are growing increasingly uneasy with the President’s approach, and they are right to be concerned. He doesn’t understand the gravity of the threat of Radical Islam, and he is making us and our allies increasingly vulnerable to new and devastating attacks. NATO won’t lead. The EU won’t lead. The UN won’t lead. So who will? 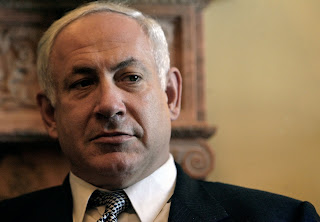 All eyes are turning to Israeli Prime Minister Benjamin Netanyahu. I can tell you for a fact that Netanyahu doesn’t want war. He doesn’t seek it. He has supported sanctions and even the President’s efforts at engaging Iran diplomatically. He’s exhausting every option short of overt war. But I can also tell you for a fact that Netanyahu refuses to preside over a Second Holocaust.

If the world doesn’t move decisively in late 2010 and 2011, I think we’re looking at a major war in the region in the next few years. It may be a nightmare, and set the whole region on fire. It might send oil prices skyrocketing, and anti-Semitism skyrocketing worldwide, as well. But what other choice would Netanyahu have, if the world does nothing to stop Khamenei and Ahmadinejad in the 21st century, as it did nothing to stop Hitler in the 20th century?

Conflict with Iran is drawing closer - The Guardian

'US, Israel and Iran have approached the end game' - The Jerusalem Post