Truth of the Virgin Birth: Under Attack

I'd like to begin by asserting my thesis right up front: Belief in the virgin birth of Jesus is absolutely essential to the Christian faith. To deny the virgin birth is to deny the deity of Jesus, and if Jesus was not God in the flesh, then you and I have no hope whatsoever.

And yet, despite the centrality and essentiality of the doctrine of the virgin birth, there is no doctrine in all of Christendom that has been more reviled and ridiculed.

Consider Thomas Jefferson. He was a Deist who rejected the supernatural. He produced his own version of the New Testament. It was a cut and paste job that deleted the virgin birth, all the miracles of Jesus, and, of course, His resurrection. Concerning the virgin birth, Jefferson wrote:

The day will come when the mystical generation [conception] of Jesus by the Supreme Being as his father, in the womb of a virgin, will be classed with the fable of the generation of Minerva in the brain of Jupiter.1 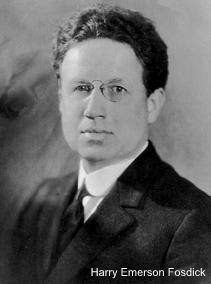 In the early 20th Century, when the German School of Higher Criticism invaded this country, the leading popular spokesman of that liberal viewpoint was Harry Emerson Fosdick, the pastor of Riverside Church in New York City. Here is his condescending observation concerning the virgin birth:

"Of course I do not believe in the virgin birth... I do not know any intelligent minister who does."2

In his book, In Quest of Jesus, published in 1983, W. Barnes Tatum, a professor at Greensboro College in North Carolina, called the virgin birth "theological fiction."3

Hans Kung, the renowned Catholic theologian who has been censured by his church for his heretical ideas, had this to say about the virgin birth:

"Although the virgin birth cannot be understood as a historical-biological event, it can be regarded as a meaningful symbol, at least for that time."4

Theologian Robert Funk, the founder and leader of the notorious Jesus Seminar, wrote these words about the virgin birth:

The virgin birth of Jesus is an insult to modern intelligence and should be abandoned. In addition, it is a pernicious doctrine that denigrates women.5

And then, of course, there is John Shelby Spong, the former Episcopal Bishop of Newark, New Jersey, who is renowned for his apostate views. Here's what he had to say about the virgin birth:

In time, the virgin birth account will join Adam and Eve... as clearly recognized mythological elements in our faith tradition whose purpose was not to describe a literal event but to capture the transcendent dimensions of God in the earthbound words and concepts of first-century human beings.6

In other words, the virgin birth, like the story of Adam and Eve, is just a myth dreamed up by primitive and ignorant people.

The Significance of These Attacks

And lest you think this kind of unbelief is characteristic only of the most liberal Christians, let's take a look at Rob Bell. He is the pastor of a megachurch called Mars Hill Church that is located in Grand Rapids, Michigan. And he is one of the leaders of what is called The Emergent Church Movement, a movement that claims to be Evangelical, but in reality, is apostate.

In his best-selling book, Velvet Elvis, subtitled Repainting the Christian Faith, Rob wrote these words about the virgin birth:

If you found out Jesus had an earthly father named Larry, they find Larry's tomb, do DNA samples and prove beyond a shadow of a doubt that the virgin birth was really just a bit of mythologizing... Could you still be a Christian?7

Notice how subtle he is with this statement. Without denying the virgin birth, he just proceeds to cast all sorts of doubt about it, and in the process he makes it clear that if it is a myth, it would not jeopardize his faith because he obviously does not consider it to be essential to Christianity.

So, what about it? Is the virgin birth just a bit of mythology? Does it really make any difference to the Christian faith? Find out in our next segment of this "Truth of the Virgin Birth" series.