Just as I warned on July 4 of this year with the official release of my book "The Tea Party Manifesto," there is an active effort under way by the Washington Republican political establishment to redefine the greatest gift the GOP was ever given – the tea-party movement.

How is this done?

It is accomplished by repeating a false mantra over and over again – the tea-party movement is only concerned with economic issues.

Dick Morris, emerging quickly as one of the leading disinformation specialists in this effort, was at it again last week.

"A fundamental change is gripping the Republican grass roots as they animate the GOP surge to a major victory in the 2010 elections," he wrote in Real Clear Politics.

"No longer do evangelical or social issues dominate the Republican ground troops. Now economic and fiscal issues prevail. The tea party has made the Republican Party safe for libertarians."

"There is still a litmus test for admission to the Republican Party. But no longer is it dominated by abortion, guns and gays. Now, keeping the economy free of government regulation, reducing taxation and curbing spending are the chemicals that turn the paper pink." 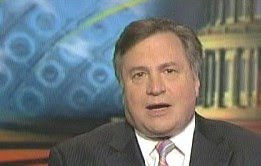 Normally, Dick Morris is a man in love with polls. You will notice he never cites any public opinion surveys or any other empirical data in making such assertions. There's a good reason for that. There aren't any.

That's because every single poll that has bothered to seek the religious affiliations of tea-party members finds the biggest bloc of activists is made up of evangelical Christians. In addition, every poll shows tea-party activists to be pro-life, pro-guns and pro-marriage.

Here's a startling factoid for Dick Morris to ponder: Every single tea-party candidate seeking election to the House this year is pro-life.

In fact, to arrive at the conclusions Dick Morris makes, one must be intentionally ignoring all of the available data.

Why would Dick Morris do that?

For the same reason so many Republican establishment Washington insiders do – wishful thinking.

Morris actually goes even further in his wholly unsupported and unsubstantiated assertions:

"It is one of the fundamental planks of the tea-party platform that the movement does not concern itself with social issues."

Please show me the platform. It doesn't exist. The tea-party movement is a grass-roots, local effort. It has no platform. It is a loose coalition of tens of millions of Americans – perhaps the broadest uprising of its kind in modern history.

Perhaps Dick Morris is referring to the "Contract from America" being pushed by Washington Republican establishment insiders like Dick Armey and himself. I have yet to see even one genuine tea-party activist waving the document at a rally. But I do see them with copies of the Declaration of Independence.

Again, as a genuine enthusiast of the tea-party movement, I warn that a strictly economic agenda will only serve to short-circuit the movement. It's like killing the goose that laid the golden egg. America's problems transcend the economy. How can those non-economic issues be addressed without a political movement addressing them?

What the tea party needs is a simple, compelling mission statement to rally behind – not a laundry list of economic or even non-economic issues.

I know the heart and soul of the tea party activist in the streets. I predicted the uprising long before anyone else anticipated it. I have spoken personally to hundreds of activists, and I have addressed dozens of tea-party gatherings from coast to coast.

They are inspired by the founding vision of this nation as expressed best in the Declaration of Independence.

That's the case I make in "The Tea Party Manifesto."

I hereby challenge Dick Morris or Dick Armey or any of the other Washington Republican establishment materialists to debate this topic openly and honestly in any public forum of their choosing.

What is an Evangelical Christian? - GotQuestions.org

With All Due Respect, Dick Morris Is 100% Wrong About Social Issues No Longer Being Important To Conservatives - Right Wing News (John Hawkins)