The Israeli public realized long ago that their country has few friends among Europe’s political and media elite, despite the fact that the holocaust of World War Two was centered in Europe. Therefore many Israeli Jews were pleasantly surprised when Spain’s former Prime Minister, Jose Maria Az-nar, showed up in Israel to promote a new pro-Israel group that has several prominent European members. 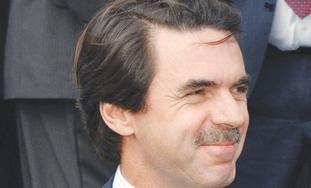 The conservative Spanish politician has established a new group called, appropriately, Friends of Israel. He told the Jerusalem Post newspaper that while it is important for European countries to have good relations with the Muslim world, this should “not be at the expense of losing the trust and confidence of the Israeli people. If Israel were to disappear by the force of its enemies, I sincerely doubt the West could remain as we know it.”

In an earlier speech in Washington, Az-nar criticized the Obama administration for being what he termed “a conditional supporter of Israel.”

Among prominent Europeans who have joined the new group are respected former Czech President Vac-lav Havel and David Trimble, a Nobel peace prize winner from Ireland.