See Where Obama's Wrath Is Headed After Midterms

White House officials told the Palestinians that President Obama is waiting until after the Nov. 2 midterm elections to press Israel harder for a deal to create a Palestinian state, a senior Palestinian Authority official told WND.

The PA official said Obama believes pressure against Israel now could have a negative impact for Democrats in local elections, including in many districts where support for Israel has become a campaign issue.

After the midterms, the U.S. will continue to press Israel to agree to a complete halt to Jewish construction in eastern Jerusalem and the strategic West Bank, the senior PA official said.

Also, the White House is considering backing a United Nations declaration to create a unilateral Palestinian state if Prime Minister Benjamin Netanyahu does not agree to demands in peace talks, said the official. 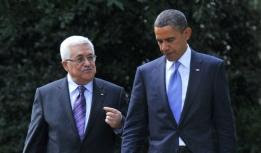 The official said there is a growing sense that Obama has adopted many of the positions of the PA, including on starting talks at the point of the final borders for a Palestinian state, as the PA had wanted. Netanyahu wants to focus talks on security issues before addressing final border status.

An extensive poll released earlier this month showed a growing number of Americans support Israel over the Palestinians and will vote for political candidates based on their stance regarding the Jewish state.

The survey, commissioned by the Emergency Committee for Israel, showed 53 percent of Americans are more likely to vote for a candidate they perceive as being "pro-Israel." Fifty four percent said that even if they agreed with a candidate on important domestic issues, they could not vote for him or her if the candidate were "anti-Israel."

Jerusalem Post columnist Caroline Glick pointed out that Israel is becoming an issue in senatorial and congressional races.

In Florida, Democratic Rep. Ron Klein is trailing Republican Allen West in a close race, according to a recent poll.

"Although Klein is Jewish and West is African-American, West has been running to Klein's right on Israel to great effect," noted Glick.

Klein has also been tied to J Street.