A new preliminary geological survey indicates 26 million barrels of recoverable oil — worth $2 billion — may be sitting underneath the sandy soil in the area of two kibbutzim in the Western Negev, near Gaza.

Energtek announced it has received a geological survey on the Nir-am—Sa'ad block, “identifying the potential for exploitable oil and natural gas reserves.” Its subsidiary Energtek Products has the exclusive license to explore and exploit the resources in the area.

The firm added, “Current estimates will need to be confirmed by additional studies. Additional seismic analysis, modeling and further verifications are required to compile more accurate data on the fields and to provide more accurate reports on actual recoverable reserves.”

Besides the estimates of oil at a depth of 2,000 meters, or approximately a mile and a quarter, the preliminary survey also reports an additional estimate of 12 million barrels of recoverable oil at depths of up to 4,000 meters, worth $900 million at current prices. 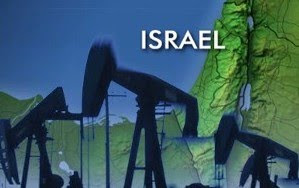 The area is adjacent to the small Heletz oil field, which so far has produced more than 16 million barrels of oil. If the new field is drilled, it will be the first deep-well drilling in the area in decades.

The announcement of the possible new field comes one day after Israel entered a new era with the beginning of drilling of the huge Leviathan natural gas and oil field off the northern Mediterranean Coast.

Drilling and exploration over the next five months will cost $150 million, according to Delek Energy, the parent of Delek Drilling and partner Avner Oil. American-based Noble is also part of the consortium.

Noble also operates the nearby Tamar gas field, which it said may hold twice the reserves of reserves in Britain and can supply Israel with enough gas for decades.