Israel is on heightened alert for possible attacks by the Iranian-backed Hezbollah organization in Lebanon, according to a senior Israeli defense official speaking to WND.

The probe is reportedly set to indict members of Hezbollah for the murder. The indictments may come as soon as the next few weeks, reports have claimed.

As such, Hezbollah may try to carry out attacks against Israel similar to those that prompted the 2006 Lebanon War. During that conflict, Hezbollah fired constant rocket barrages into Israel, killing 43 Israelis and wounding more than 4,200. 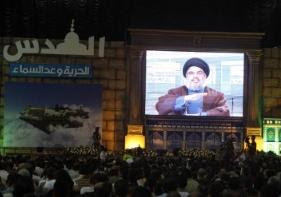 Is Hizbullah trying to take over Lebanon with Iran's help? - Jerusalem Post