A pastor and bestselling author is praying that voters in the upcoming mid-term elections will elect representatives who will slow down the train President Obama is using to take the country toward socialism and away from its historical mooring.

Dr. David Jeremiah, senior pastor of Shadow Mountain Community Church of El Cajon, California, recently released his latest book, The Coming Economic Armageddon: What Bible Prophecy Warns about the New Global Economy. While he says he has no desire to vilify President Barack Obama, he disagrees with most of what the president has done. 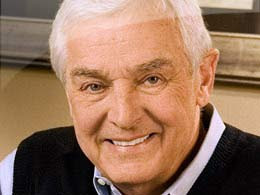 "I have a very strong belief that President Obama is as much of a globalist as we've had in the office of the presidency," Dr. Jeremiah shares. "There was a period of time when he was running for office, and after he was elected, where people actually began to talk about him as if he were the president of the world. It seems as if he were running for president of the world."

While the pastor admits he does not know the president's heart, he does believe Obama's policies are not representative of what the Bible teaches about what should be done in a time such as this.

"I do not believe he has been an asset to our country; I don't believe he's moved us forward in a good direction, and frankly, I am praying, along with many other believers, that in this mid-term election we will find a way to slow down this train that seems to be moving us toward socialism and away from our historical moorings," Dr. Jeremiah explains. "I'm really frightened about that, and I think in that respect, I believe he's a dangerous person."

Michael Savage: China on the Verge of 'Burying' the U.S. - Newsmax