The ten month moratorium on all Jewish building in Judea and Samaria has expired, allowing some 2,000 construction projects, which received government permits to build before the freeze began last November, to move forward. However analysts said many of the projects will not be reactivated at this time, since bank loans are hard to acquire due to fears that the building halt will be renewed in the not too distant future. 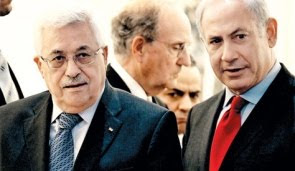 Although Mahmoud Abbas had threatened to immediately bolt US sponsored peace talks if the ban was lifted, he decided to wait until the Arab League meets in early October to get the verdict of his fellow Arab leaders. PM Netanyahu called on him to stay at the negotiating table:

"I hope President Abbas will remain in the talks and continue with me on the path of peace, on which we set out two weeks ago; with many across the world now convinced that my intention to secure peace is serious and honest and that I honor my obligations."

Political analysts said Netanyahu and his cabinet ministers decided to make the building issue the litmus test of PA intentions at this early stage in the renewed peace process. If the PA is serious about a final peace deal, it will have to allow the three large Jewish settlement blocks near Israel’s pre-1967 borders to remain in place. It will also have to formally recognize Israel as a Jewish state, in other words, to drop demands that millions of Palestinians have a “right of return” to pre-1948 family homes inside of Israel. Israel in turn will have to dismantle dozens of more isolated Jewish communities and swap land with the PA in other locations. Believing that Abbas and his PLO Fatah party — with Hamas breathing down their necks — are unlikely to yield on these issues, Netanyahu choose to keep his coalition intact by lifting the building ban instead of bending to world demands to keep the moratorium in place at this time.

Israeli-Palestinian peace talks still on – but for how long? - Christian Science Monitor