This year’s Ramadan message from Barack Obama is the latest in a long line of warmly complimentary communications that he has addressed to the Islamic world over the last eighteen months. Reciprocally warm and friendly greetings have yet to arrive from those to whom Obama has addressed these messages, but the President appears undaunted. Eighteen months into his presidency, he seems to be clinging more determinedly than ever to the idea that soft words about Islam will turn away the jihad – despite the total lack of confirming evidence.

Just as he did in his June 2009 address to the Islamic world in Cairo, where he used the greeting by which one Muslim is to greet another, as-salaamu aleikum (peace be upon you), Obama in his Ramadan message adopted Islamic terminology. “Ramadan Kareem,” he said near the beginning of the message, and ended it with “may God’s peace be upon you.” Clearly he is doing his best to give the impression that he comes in friendship. And he doesn’t stop there.

One may legitimately wonder how past Ramadans have resulted in any advancement of “opportunity and prosperity for people everywhere.” In reality, it contravenes Islamic law to give zakat, the almsgiving that is one of the pillars of Islam and is required of every Muslim, to non-Muslims. That’s why it is easy to find Western governmental agencies and Christian charitable organizations busy building and staffing schools and hospitals in impoverished parts of Africa and Asia, but oil-rich Muslim countries have never undertaken similar endeavors. With the sharp divide in Islam between believers and unbelievers, such that Muslims are commanded to be “merciful to one another, but ruthless to the unbelievers” (Qur’an 48:29), there simply is no basis in Islamic law for the idea that Islam fosters the advance of “opportunity and prosperity for people everywhere.”

Heedless, however, of the inaccuracy of his words, Obama charged ahead and compounded it. Ramadan’s rituals of fasting and prayer, he said, “remind us of the principles that we hold in common, and Islam’s role in advancing justice, progress, tolerance, and the dignity of all human beings.”

Here again, one wonders how the designation of non-Muslims as “the most vile of created beings” (Qur’an 98:6) advances human dignity, much less tolerance or justice. The command that Muslims must fight against Jews and Christians until they pay a religion-based poll tax, jizya, “with willing submission and feel themselves subdued” (Qur’an 9:29) likewise seems to militate against the idea of universal human dignity that Obama professes to have discovered in Islam. 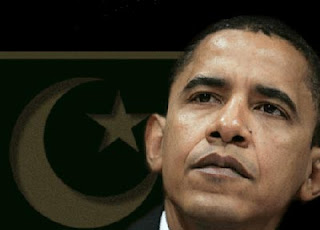 Yet still his flights of fancy weren’t over. “Ramadan,” he claimed, “is a celebration of a faith known for great diversity and racial equality.” Diversity? While it is undoubtedly true that people of all races and nations have embraced Islam, when they do so, they at least partially Arabize. Islam is an Arabic religion; the Qur’an, as it tells us about itself repeatedly, is an “Arabic Qur’an.” Muslims must pray in Arabic, and recite the Qur’an in Arabic, whether they’re weathermen from Minnesota or fishermen from Indonesia. Conversion to Islam led a black American to change his name to Muhammad Ali, a name he undoubtedly shares with innumerable Arabs, Pakistanis, Afghans, and others. A recent meeting of Southeast Asian dignitaries showed participants with names indigenous to Thailand, Vietnam, Cambodia, and the other countries in the region. Only the Indonesian participant had a name that had nothing to do with the indigenous culture of the country of his birth, and everything to do with Arabia. What’s more, throughout Islamic history Arabs have claimed for themselves a privileged position within the Islamic community, and have regarded non-Arab Muslims as second-class. Racial equality? Not by a long shot.

“And here in the United States,” Obama continued, “Ramadan is a reminder that Islam has always been part of America and that American Muslims have made extraordinary contributions to our country.” Islam has always been a part of America? Really? Maybe Robert Gibbs will be so kind as to provide us with a list of the Muslim Founding Fathers, the Muslim heroes of the American Revolution, the names of the Muslims killed fighting in the Civil War (for the North, no doubt – you know, “racial equality”!), the Muslim Senators and Congressmen who served with distinction in the nineteenth and twentieth centuries – I’m sure the Obama Administration will have no trouble coming up with all that, will they? And I trust it will also contain a list of those “extraordinary contributions” that Muslims have made to our country. Aside from being the impetus for some extraordinary innovations in airport security, I can’t think of any. But I doubt that one will be on Obama’s list.

What is Ramadan? - BPB (David Hocking)

Obama to host Ramadan dinner at the White House - The Hill