There's a whole lot of pretending going on in our world today.

We have a federal judge ruling that the 5,000-year-old institution of marriage was "biased" and immoral from the start because of the way it discriminated unfairly against homosexuals.

We have a Justice Department that dismissed an open-and-shut case of vigilante-style voter intimidation because the perpetrators were black and the victims white.

And we have a man in the White House who extols Islam for "advancing justice, progress, tolerance and the dignity of all human beings." 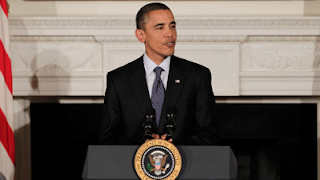 That's what I call pretending.

In blessing the Muslim holiday of Ramadan, Barack Obama added that Islam "is a faith known for great diversity and racial equality" and that it "has always been part of America."

I have more than a passing knowledge of Islam that includes firsthand experience and a significant amount of study over the last 30 years. But somehow I must have missed the advancements of justice, progress, tolerance and the dignity of all human beings.

Honestly, I can think of none.

Did I overlook a reformation in the religion that has resulted in one genocide after another for the last 1,300 years? Racial equality? Has the Quran been rewritten to excise Muhammad's characterizations of blacks as "ugly," "raisin heads" and "pug-nosed slaves"?

Who does Obama think sold all those millions of black Africans into slavery in Europe and America? Is he not aware that black slavery is still alive in some Muslim countries in the Middle East?

Justice? Talk to me about it after you finish reading "The Stoning of Soriah M."

Progress? Can you name for me one major scientific or social advancement we can historically and accurately attribute to Islam?

"O you who believe! do not take the Jews and the Christians for friends; they are friends of each other; and whoever amongst you takes them for a friend, then surely he is one of them; surely Allah does not guide the unjust people."

"The Hour [Day of Resurrection] will not arrive until you fight the Jews, [until a Jew will hide behind a rock or tree] and the rock and the tree will say: 'Oh Muslim, servant of Allah, there is a Jew behind me, come and kill him!'"

Dignity of all human beings? In Islam, Muslim males have a higher worth than any others. A Muslim man can have up to four wives, beat them and change them as he pleases.

How about Islam always being a part of America?

Perhaps Obama is referring to the Barbary pirates attacking American commercial ships, capturing their crews and holding them for ransom. Or maybe he's thinking back further to the reason Christopher Columbus journeyed West – to find a safe trade route to the East, one that would mean avoiding the murderous mujahedeen who had blocked the land routes.

What do you think he's talking about?

Were any of the founders Muslim?

What are the great Muslim moments in American history?

Maybe all of this sounds harsh.

But somebody's got to say it.

I'm not going to sit still while this pretender of an American president lies about the historical record and misrepresents evil as good.

It's time to stop pretending.