The National Day of Prayer Is Still On

A US District judge ruled the National Day of Prayer to be unconstitutional in mid-April, much to the consternation of large numbers of Americans. Since enforcement is suspended until the case goes through the appeals process, however, the National Day of Prayer is still officially on for Thursday, May 6th. President Obama signed a statement on Monday proclaiming May 6th the National Day of Prayer, following the tradition of presidents since 1952. Rather than holding a big prayer gathering in the East Room of the White House the way President Bush used to do, Obama has declined to pray in public, saying he will honor the day in private. 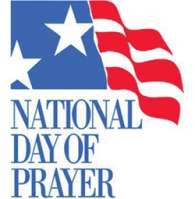 On April 17, 1952, President Truman signed into law the creation of a National Day of Prayer and designated it as a floating holiday. In 1988 Congress set the first Thursday in May as the day for presidents to call Americans to pray. Yet, US District Judge Barbara Crabb has ruled the National Day of Prayer is unconstitutional. In a lawsuit brought against the Bush(43) administration in October 2008, the Freedom From Religion Foundation, a group of atheists and agnostics, successfully convinced Judge Crabb that the day violates the establishment clause of the US Constitution. Americans panicked and emails shot around the country crying that the National Day of Prayer had been cancelled. That, thankfully, is not the case, but even if it were, Americans would still be free to gather and pray for their country with or without the permission of a presidential proclamation.

A recent USA Today/Gallup poll found that the vast majority of Americans do believe in God and prayer. According to the poll of one thousand adults over the weekend, 92 percent expressed belief in a deity, and 82 percent agreed that God answers prayers. Even with a few people against it, the majority of Americans support celebrating a National Day of Prayer. About 4.5 percent of 500 adults polled were against it, while another 38 percent didn't seem to care one way or the other. Nearly 60 percent said they favored celebrating the day.

Those few who oppose the national prayer day can make a lot of noise, though. In Colorado Springs, Colorado, the Freedom From Religion Foundation has been filling billboards with the slogan, "God & Government, A Dangerous Mix: Keep State and Church Separate."

Evangelist Franklin Graham, the chairman of this year's National Day of Prayer, is not bothered by the anti-prayer day ruling. He considers the publicity from the court case to be a good thing. With the media's focus, more people will be aware of this annual event that sometimes gets forgotten about. Judge Crabb's ruling has focused the nation, and especially focused America on the importance of praying. "If I ever see her I'm just going to give her a big hug and a kiss," Graham said.

This year's theme is "Prayer...For Such a Time as This." Thousands of prayer gatherings will be taking place around the country on Thursday. To find an event near you, please check the links below. Please continue to pray for America's national and local leaders, communities, schools, and families. God does hear prayer, and He is faithful.