Errors in the Bible?

Q. Have you ever found any errors in the Bible?

A. No, in all my studying of Scriptures, whether by survey or detail, I have never found any errors whatsoever.

Often people will try to pinpoint errors, but these people either do not know the historical context, or they apply 20th century standards of the English language to the biblical text, forgetting that the text was not originally written in English. 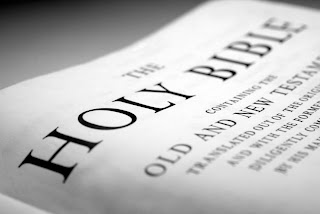 For example, people have pointed out that there must be an error in the Book of Jonah, because the whale that swallowed Jonah is referred to as a "fish." These Bible error detectives continue, noting that the whale is a mammal and certainly not a "fish." Thus, they contend, the Word contains a mistake. This, however, is an example in which the skeptics have applied the meaning of a specific English word to a translation, rather than checking the word's meaning in its original language. The Hebrew word for "fish" is dag, and in fact, it refers to any creature that lives in the sea. Therefore, though the whale does not technically fit the meaning of the English word, "fish," it certainly fits the Hebrew meaning of the term. And, of course, it is the Hebrew criteria that must be used, as the Book of Jonah was written in Hebrew.

Most "mistakes" to which people point tend to be of a similar nature. But if we restrict ourselves to dealing with the original text, as well as the historical frame of reference, I believe we will find no errors in the Bible.

The Inspiration, Inerrancy, and Authority of the Bible - Reasoning from the Scriptures Ministries (Ron Rhodes)

The Inspiration of the Scriptures - Ariel Ministries (Arnold Fruchtenbaum)

Is the KJV Bible Inspired of God? - SpiritandTruth.org (Tony Garland)

The Life of Messiah From A Jewish Perspective - Arnold Fruchtenbaum (DVD)