Israeli Prime Minister Benjamin Netanyahu gave a powerful speech at the AIPAC gala dinner Monday night and received scores of standing ovations. The longest and most sustained came when he directly challenged the policy of President Obama and Secretary of State Clinton who seek to divide Jerusalem and stop Israel from building "settlements" in East Jerusalem. Netanyahu stated firmly, “Jerusalem is not a settlement. It is our capital.”

Sen. Lindsey Graham (R-South Carolina) and Sen. Chuck Schumer (D-New York) were the evening’s other keynote speakers, and I have to say I was impressed with both.

Most stunning line of the night: Sen. Chuck Schumer (D-New York) said unequivocally that when it comes to Iran, “Diplomacy has failed.” We all know this to be true, to be sure, but I have not yet heard it said by such a high-ranking Democrat and close supporter of President Obama.

Most sobering speech of the night: Sen. Lindsey Graham (R-South Carolina) said this could be the last annual AIPAC conference before Iran gets the Bomb, and said the U.S. needs to urgently prepare for the possibility of launching massive airstrikes to stop Iran.

What follows are key quotes and some analysis from the night’s event. But first let me make two points.

First, just a few years ago, the leadership of AIPAC (the American Israel Public Affairs Committee) decided to make a conscious effort to reach out to pro-Israel evangelical Christian leaders and activists, and I am so glad they did. Last night, I’m told, there were 130 evangelical leaders present to show unconditional love and unwavering support to the Jewish people and the State of Israel. I hope that more Christians choose to attend AIPAC conferences in the future. We met numerous religious and secular Jews last night (as we did last year) who are profoundly grateful for the support of evangelicals. One Orthodox Jewish woman told my wife and me, “You Christians are the best friends Israel has. You’re the only friends we really have.” She was deeply moved, as were we.

Second, we want to reciprocate and invite Jewish and Israeli leaders to the 2010 Epicenter Conference this summer in Philadelphia (June 25-26) to work together to bless Israel at this critical moment in history. We have already sent invitations to several high-ranking Israeli leaders to come and address the conference. We are hopeful that the Prime Minister’s government will send a high-ranking representative. We will also do more in the coming weeks to reach out to rabbis and other leaders and grassroots activists within the Jewish community. We hope you will join us as well, and invite your Christian and Jewish friends to attend. For more details, please go to http://www.epicenterconference.com/

What Will Happen if the World Does Not Stop Iran? 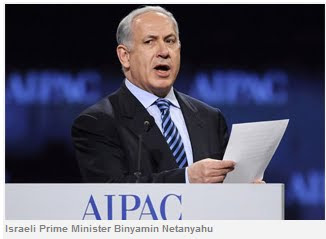 The desire of Radical Islam to annihilate Israel was the first issue Netanyahu raised, and rightly so. “Iran’s rulers say, ‘Israel is a one bomb country,’” the Prime Minister noted. “The head of Hezbollah says, ‘If all the Jews gather in Israel, it will save us the trouble of going after them worldwide.’”

“Today, an unprecedented threat to humanity looms large,” Netanyahu continued. “A radical Iranian regime armed with nuclear weapons could bring an end to the era of nuclear peace the world has enjoyed for the last 65 years. Such a regime could provide nuclear weapons to terrorists and might even be tempted to use them. Our world would never be the same. Iran’s brazen bid to develop nuclear weapons is first and foremost a threat to Israel, but it is also a grave threat to the region and to the world.”

Netanyahu called on the world to "act swiftly and decisively to thwart this danger,” but he made it clear that if the world does not stop Iran, Israel will.

“The greatest threat to any living organism or nation is not to recognize danger in time,” the Prime Minister said in his speech’s most sobering moment. “Seventy-five years ago, many leaders around the world put their heads in the sand. Untold millions died in the war that followed. Ultimately, two of history’s greatest leaders helped turn the tide. Franklin Delano Roosevelt and Winston Churchill helped save the world. But they were too late to save six million of my own people. The future of the Jewish state can never depend on the goodwill of even the greatest of men. Israel must always reserve the right to defend itself.”

What Have the Palestinian Leaders Done for Peace?

That said, Israel’s deep and substantive commitment to making peace — and the Prime Minister’s respectful but clear disagreement with the U.S. over the Jerusalem issue and the conduct of the peace process with Palestinians — was his central message. He noted that his government has repeatedly called on the Palestinians to come to the negotiating table without preconditions. “From day one, we called on the Palestinian Authority to begin peace negotiations without delay,” he said. “I make that same call today. President Abbas, come and negotiate peace. Leaders who truly want peace should sit down face-to-face.”

He noted that his government has dismantled several hundred roadblocks and checkpoints in the West Bank to enable the easier flow of people, goods and services, and that this has lead to dramatic economic growth in Judea and Samaria. He noted that his government announced last year “an unprecedented moratorium on new Israeli construction in Judea and Samaria.”

Why Does Israel Face a "Triple Standard"?

The Prime Minister thanked the United States for six decades of a strong and enduring relationship, based on shared values and common interests. He mentioned specific ways that the U.S. and Israel work together to advance freedom and fight fanaticism. But he also noted that while Israel has its imperfections and welcomes and appreciate sincere and honest criticism from its friends, “Israel should be judged by the same standards applied to all nations, and allegations against Israel must be grounded in fact.”

Going off text, he then asked why Israel faces a “triple standard” in the world. There is, he said, one standard for dictatorships, another for democracies, and a third for Israel. A case in point, of course, is the U.N.’s pernicious and anti-Semitic Goldstone Commission Report which condemns Israel for committing so-called “war crimes” for defending her innocent civilians from 10,000-plus rocket attacks from Hamas terrorists in Gaza while for years the U.N. did nothing to stop those rocket attacks and barely holds Hamas to account for those attacks.

Schumer — one of the highest-ranking Democrats in the Senate and a strong supporter of President Obama — declared unequivocally that when it comes to Iran, “diplomatic efforts have failed.” He urged the administration to keep the military option open, but he stressed hitting Iran with crippling economic sanctions immediately. A bill he has co-sponsored to cut off gas supplies to Iran (Iran imports 45% of its gasoline) passed the Senate on January 28th, he noted, and is now being reconciled with the House version. It should go to the President for signature soon and he demanded the President with “immediate implementation.”

Graham’s speech was the most sobering and candid I have ever heard at AIPAC over the years. He bluntly warned that “time is not on our side” with Iran, and he asked, will this be the last AIPAC meeting before Iran gets the Bomb? He said he did not know, but that while no one wants war, the U.S. should prepare for massive airstrikes soon, should diplomacy and sanctions fail to stop Iran’s leaders in time.