A serious crisis erupted last week in U.S.-Israel relations. Here’s what happened and why. Here also are practical ways followers of Jesus Christ can show Israel unconditional love and unwavering support at this critical juncture.

During Vice President Biden’s trip to Jerusalem to show American support for Israel, our most faithful and enduring strategic ally in the region, some lower-level officials in the Israeli bureaucracy decided it would be a good time to announce the building of 1,600 new homes in a Jewish neighborhood of East Jerusalem. The Palestinian Authority immediately went ballistic, and the Vice President was deeply offended, telling Prime Minister Netanyahu that the timing of the announcement made the Israelis appear to be trying to sabotage the beginning to new peace talks with the Palestinians. Netanyahu immediately apologized, saying he had not authorized the announcement to be made during the VP’s trip and was not trying to derail or disrupt the VP’s trip. Biden appeared to accept the apology, and Netanyahu thought the mistake had been resolved. 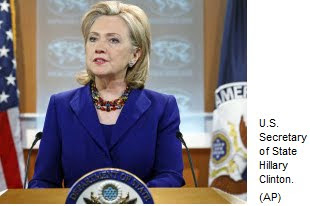 Since then, however, the situation has worsened significantly. The State Department called in Israeli Ambassador Michael Oren and reprimanded him severely for the Israeli action. Three days after the incident, Secretary of State Clinton called Netanyahu and reamed him out for 43 minutes, saying the Obama administration saw the housing announcement as “insulting.” A spokesman for President Obama went further, calling the Israeli move “dangerous” to bilateral relations.

State Department spokesman P.J. Crowley told reporters on Friday that Clinton told Netanyahu that the U.S. had “strong objections to Tuesday’s announcement, not just in terms of timing, but also in its substance,” that the U.S. “considers the announcement a deeply negative signal about Israel’s approach to the bilateral relationship – and counter to the spirit of the Vice President’s trip,” and that this action has “undermined trust and confidence in the peace process, and in America’s interests.” Apparently, Clinton gave Netanyahu a list of specific demands that Israel must take for the U.S. to be convinced that she is serious about peace with the Palestinians.

First things first: The government and people have every right to build homes in its own capital and the Obama administration is dramatically overreacting, to its discredit. The President, Vice President and Secretary of State are tipping their hand by their words and actions. They clearly don’t believe in Israeli sovereignty over its own capital. They want to force Israel to divide its capital, come Hell or high water. They are applying intense pressure on Israel to divide Jerusalem and give away more land even thought two recent ”land for peace” efforts (southern Lebanon in 2000, and Gaza in 2005) were disasters for Israel and led to two serious wars. This is an enormous mistake. I cannot put into words how strongly I disagree with this administration and their disastrous approach. Jerusalem is the Lord’s chosen city. It is His capital. It is and should remain the undivided capital of the Jewish people and the State of Israel. Washington is wrong to use such hysterical and heavy-handed measures to berate Israel and to try to force her to divide her own capital. Doing so will lead to another major war, not to peace. The real threat is Iran’s efforts to obtain nuclear weaponry, not Israel’s efforts to build houses for Jewish people in a Jewish neighborhood in the Jewish capital. Why won’t the administration keep its priorities straight?

Second, Prime Minister Netanyahu was right to apologize over the timing of the announcement, and not the substance. To his credit, the PM did not back down from Israel’s right to build Jewish homes for Jewish people in the Jewish capital. But he properly acknowledged that it was not helpful for the announcement to be made right in the middle of the Vice President’s trip. The VP was there, after all, to show solidarity with Israel, and to try to enhance the focus on the Iran threat. The housing announcement did have the effect of clouding that message.

Third, the management system within the Prime Minister’s office is not functioning properly and needs to be fixed immediately, or other diplomatic disasters will occur. I fully accept Netanyahu’s explanation that he did not authorize the timing of this announcement, and was blind-sided by it. After all, he’s not geopolitically suicidal. He didn’t want to sabotage VP Biden’s trip. He had gone to great lengths to invite the VP and orchestrate a positive visit. But Secretary Clinton is right when she says that ultimately the Prime Minister is responsible for what happens with his government. Numerous important decisions are not being well handled with the PM’s office. Strategic planning functions appear to be bogged down. Strategic communications efforts are not nearly what they should be given the importance of the message, and the urgency of the moment. The PM needs to reorganize his office quickly and make sure the right people are in the right places making the right decisions and bringing him the right information in a timely, effective way. Too much is at stake for anything less.

Fourth, as U.S.-Israel relations worsen and Israelis feel more and more isolated in the world, it is critical that followers of Jesus Christ build a global movement of Christians who will pray for Israel and visit Israel and bless Israel, come what may. Christians should assert that Jerusalem is Israel’s capital and shouldn’t be divided. Christians should call on Washington to stop pressuring Israel to make unwise and dangerous concessions. Christians should write letters to the White House, State Department and Congress showing their solidarity with Israel. Christians should call into radio and TV talk shows in support of Israel and keeping Jerusalem united. Christians should visit Israel and pray for the peace of Jerusalem. Christians should care for the poor and needy in East and West Jerusalem, as well as throughout Israel, the West Bank and Gaza, thus demonstrating unconditional love and unwavering support. This is precisely what the 2010 Epicenter Conference in Philadelphia this summer is all about, and I hope you will make plans to join us. We will analyze the current status of U.S.-Israeli relations. We will look at Bible prophesy. Then we will offer real and practical ways you and your family, friends and congregation can bless Israel and her neighbors at this critical juncture. I would particularly encourage pastors and ministry leaders from across North America to come and be part of this conference, and take the message and practical ideas back to your congregations and communities. Please register today to make sure there’s a seat just for you. Please also pray that the Lord would superintend this conference to accomplish His purposes, and reach those whom He is calling, especially given the events of the past few days. Thanks so much.