The Science of Fraud and Its Culture of Death and Tyranny

Jesus tells us in Matthew 24:4, "Take heed that no man deceive you." Yet, Americans have been living in deception for generations. Think about it. The public school system has been teaching evolution since the 1960s. If evolution, in its most sincere sense were true, why are we not seeing apes turning into men these days? People become so angry over the mere question raised that they may not have come from apes. The movement is so intense that even Christians are trying to justify evolution while still maintaining some form of the Creation account in the Bible. Bottom line: evolution is just one of the avenues to humanism - it is "science" unproven, but taught as fact.

Or how about the idea that a "fetus" is a gathering of cells, but not a human life? This so-called science has led to the deaths of over 40 million American pre-born babies. There is no doubt in real "science" these days that a pre-born baby is a legitimate human being living inside its mother's womb. 4-D ultrasounds prove that a pre-born baby is human by giving undeniable visual confirmation of a pre-born baby's human features - lips, face, eyes, hands, feet - even down to emotional and sensory reactions to the environment within the womb. Yet pre-born "science" accepts the "fetus as tissue" definition as fact. 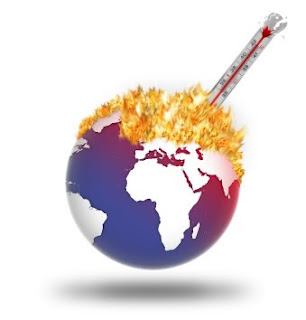 Global warming is now a discredited "science." The so-called scientists at Britain's University of East Anglia's Climate Research Union have admitted that they falsified data. The head of the unit has resigned in disgrace and said he thought about committing suicide. The United Nations Intergovernmental Panel on Climate Change has been proven a fraud. Al Gore, the international spokesman on global warming, who, by the way, made millions proselytizing the global warming fraud, is no longer found in public. News reporters who were duped by these humanist socialists are now calling for someone to go to jail for conspiring in international fraud. The world was accepting global warming "science" as fact.

The scientific community has done wonders over the centuries. But there is great deception when humanist politics co-opts science to undermine the precepts of God. When scientists, who are predisposed to proving God wrong, turn away from their science to support political agendas, their true craft becomes the science of fraud. Then instead of saving lives and providing more freedom to mankind, they become instruments of death and tyranny. If you do not want to be deceived, read what the Bible says about these issues.

The wise king Solomon said in Ecclesiastes 1:9, "There is no new thing under the sun" The more science tries to prove the Bible wrong, the more the Bible is proven true.