Iran has increased exponentially its training of Hamas gunmen both in the Gaza Strip and abroad, a senior Egyptian security official told WND.

The official said Iran believes there will be a confrontation with Israel this year over Tehran's nuclear facilities and has thus stepped up training of Hamas, whose gunmen will be instrumental in carrying out retaliatory attacks against the Jewish state during any future war.

The official said the training is taking place both in Gaza, where Iran has militants stationed, and in other countries, particularly in Lebanon and Iran itself.

He said an explosion in Lebanon last month that the Iranian-backed Hezbollah group blamed on Israel actually was part of a work accident during training exercises between Hezbollah and Hamas. Two Hamas members were killed in that attack, which Hamas claimed was targeting Hamas's representative in Lebanon, Osama Hamdan. 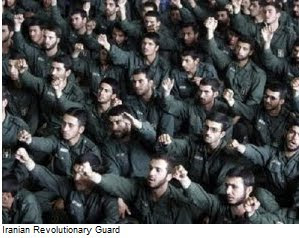 The official also said Egypt is concerned that neighboring Gaza could become a major center of al-Qaida activity in the region.

The Egyptian official said those factors were central in his country's decision to build a steel wall under the Egypt-Gaza border as part of efforts to isolate Hamas and stem weapons smuggling into Gaza.

The official also said Egypt has information that Hamas and the Iranian-backed Hezbollah group for the first time formed a joint operations room from which the two groups exchange knowledge, coordinate efforts and work on obtaining weapons.

The Egyptian intelligence official said recent information as well as interrogations of arrested suspects in Egypt indicate Iranian-backed groups are working with al-Qaida in the Gaza Strip even though the two groups have different points of view and conflicting religious ideology. The official pointed to similar cooperation in Yemen, where he said Iranian agents and al-Qaida have been working against the Yemeni government.

Reports that Iranian agents have been operating in Gaza are not new.

During Israel's military incursion in Gaza last year, Israeli newspapers reported an "Iranian Unit" of Hamas – members of the group's military wing trained by the Iranian Revolutionary Guard – had been destroyed.

Editors of Arab Dailies Assess: A War between Iran and the West Is Imminent - Middle East Media Research Institute

Ahmadinejad to visit Syria on Thursday - Ya Libnan