The following is not intended as prophecy. The only thing I can safely say I got from the Lord is the idea to write it. But with things happening so quickly these days I think it’s good to get some perspective on Biblical events that may affect our lives in the coming 12 months. It’ll be a good follow-up to our recap of 2009.

The Battle of Psalm 83 … Likely

Something big seems to be brewing on both Israel’s northern and southern borders. In the south, Egypt and the US are said to be teaming up with Israel. Their plan is to drive Hamas from power in Gaza. Egypt is already building an iron wall along its border to prevent Palestinian entry into the Sinai desert. There are 2 motivating factors at play. One is that the US seems determined to broker a peace agreement this year. To accomplish this, Hamas has to be taken out of the way so Mahmoud Abbas can be the undisputed leader of the Palestinians. The second is the fact that al Qaida is building a strong presence in Gaza. Egypt sees this as a national threat. Some are already calling Gaza the new Yemen. 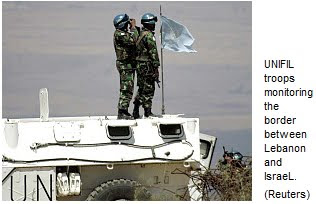 Israeli experts at Jerusalem and Tel Aviv Universities strongly believe that in the north, Iran is preparing to preempt a military attack against its nuclear program by going to war against Israel, using Hezbollah and several other Palestinian militias from Lebanon as proxies. These experts say that such a move by Iran will give Israel the needed justification to wage a destructive war of unprecedented proportions against both Hezbollah and Lebanon, totally crippling their capabilities for many years to come. They predict that with the resolve of Israel’s current leadership it will only take them 5-6 weeks to liquidate Hezbollah and dismantle the Lebanese Army.

They also believe the Netanyahu government will use the opportunity to widen this war to include Damascus and Northern Syria, wiping out Syria’s chemical and nuclear programs in the process. In the wake of all these dramatic events, Syria and Lebanon will have no other option but to sign a peace treaty on Israel’s terms. (Source: Hamid Ghoriafi, journalist and Middle East analyst in a report to the Lebanese Canadian Coordinating Council.)

If this happens it will explain why none of these entities was named in Ezekiel’s roster of enemy combatants.

The Battle of Ezekiel 38 … Not Likely

“You will say, ‘I will invade a land of unwalled villages; I will attack a peaceful and unsuspecting people—all of them living without walls and without gates and bars. I will plunder and loot and turn my hand against the resettled ruins and the people gathered from the nations, rich in livestock and goods, living at the center of the land.’ ”

“Sheba and Dedan and the merchants of Tarshish and all her villages will say to you, ‘Have you come to plunder? Have you gathered your hordes to loot, to carry off silver and gold, to take away livestock and goods and to seize much plunder?’ “ (Ezekiel 38:11-13)

Three factors argue against Ezekiel’s Battle coming this year. First, Turkey hasn’t yet completed its change of allegiance from Europe to the camp of Islam, although this could be completed very soon.

Second, Israel hasn’t acquired the wealth necessary to make it a tempting target to Russia, as required by Ezekiel 38:13. The multi-billion dollar gas strike off the Mediterranean coast, and the recent discovery of oil near Tel Aviv could soon provide sufficient motivation to meet this requirement as well.

But third and most importantly, Israel is not living carelessly in a state of perceived peace, and has neither dismantled the security wall that divides it from the Palestinians, nor relaxed its guard in any other way. On the contrary, the military has just concluded successful tests of its “Iron Dome” missile shield in preparation for installation. While Israel sincerely desires peace, the country is not unsuspecting of attack, and is in fact preparing to either receive one from Hizbollah, or launch one against Iran or both.

Current news out of the State Department indicates that the US may have abandoned its effort to impose stronger economic sanctions on Iran, for all practical purposes leaving only the military option. I really think that unless Iran’s nuclear ambitions are curtailed in some other fashion, the Israelis will be looking for an opportunity to take care of the matter themselves and therefore will not be taken by surprise this year.

The Four Horsemen of the Apocalypse … Not Likely

For several years people have been asking if we’re in the Seal Judgments of Rev. 6. They ask these questions because some teachers say the first seals are already open. But the opening of the seal judgments requires the 70th Week of Daniel to have begun, and that can’t happen until Israel is officially back in a covenant relationship with God. That means God will have revealed Himself to them by defeating their attackers in the Battle of Ezekiel 38 (Ezek. 39:21-22) It’s helpful to remember that from chapter 6 through chapter 19, the Book of Revelation is a commentary on Daniel’s 70th Week, a period of time during which the Church is not present on Earth.

Further Decline of the US … Likely

Since the US is not mentioned in End Times prophecy, although it’s been a dominant world power for nearly all of our life times, its further decline in 2010 is likely. Here’s why I think the US will be increasingly irrelevant as the End Times approach.

More and more “experts” are saying that the recession is not only not over but in 2010 will take an even larger bite out of our economy. Continuing to create money out of thin air to cover our soaring deficit will eventually catch up with us and when it does prices will begin to increase rapidly as the dollar loses what little value it still has. Some say we’ll begin to see the effects of this in 2010. Massive irregularities in the distribution of “bail-out” money are coming to the surface and are likely to further erode our confidence in what our government is telling us.

Most unnerving of all is the lack of trustworthy information from any source. Liberals say the worst is over and things are getting better. Conservatives say we haven’t seen the end yet and things will get worse. With the liberal media pretty much in the government’s pocket and the whackos on the right telling us to buy some guns and find a cave to hide in, where’s the voice of reason to give us the straight story? Or doesn’t any body know?

Experts are beginning to admit that neither political party has the will to do what’s required to save the US from economic ruin. The only question is how long it will take for us to self destruct. Some are saying that by the end of 2010 our situation may well be far worse than it is today.

The Rapture of the Church … Likely

These days, any talk of coming events has to include the Rapture of the Church. To say that it’s unlikely to happen in 2010 would be misleading, because with each passing day it becomes more and more likely. Even though the timing of the rapture is based upon the number of Church members (Romans 11:25) and not a date, there are other dates that offer clues as to how close we’re coming.

In Matt. 24:34 Jesus said in effect that the generation being born at the time of the first End Times signs would still be alive at the 2nd Coming. The first sign is almost universally recognized as the re-birth of Israel in 1948.

“For I will take you out of the nations; I will gather you from all the countries and bring you back into your own land.” (Ezekiel 36:24)

From Psalm 90:10 we learn that although some may live longer, an average lifespan is about 70 years. 70 years from 1948 would be 2018. Both Romans 11:25 and Acts 15:13-18 indicate that the 70 Weeks of Daniel, interrupted 7 years short of its promised 490 year duration, would resume after the Lord has taken His Church from among the gentiles. Subtracting 7 years from 2018 puts the latest time for the rapture sometime in 2011. Since it could happen at any time, and will happen before Daniel’s 70th week begins, we can realistically look for the rapture any time now.

Every Jewish person dreams of one day celebrating Passover in Jerusalem and so at the end of the Passover Seder, a final toast is traditionally offered. Everyone raises their glass and drinks to the fulfillment of that dream, saying, “Next year in Jerusalem!” Maybe in Church gatherings during 2010 Christians will begin raising their glasses to the toast, “Next year in the New Jerusalem!” It could happen. You can almost hear the footsteps of the Messiah.

Senators Say Iran Government May Be on the Ropes - ABC News

The Rapture Of The Church (John MacArthur)