The Bible tells us that Satan is the "god of this world." He is the one guiding and directing the affairs of everyday life. Because he is a spirit, he lacks the ability to act in this physical realm. He uses men to carry out his will.

For several years, I have been pointing out that the liberal media is probably Lucifer’s most diabolical device for corrupting human society. He puts evil thoughts into their minds, and they in turn propagate this message to the rest of the world. You might be able to spot the liberal bias of a news report, but it can be very hard to identify liberalism that has been cunningly woven into the plot of a movie or sitcom.

This ploy works so well, it has been very difficult to point out even to Christians that their favorite journalist, actor, or comedian may be an agent of the devil. The Word of God tells us we should question even people who appear as angels of light, so I don't see why the smiling face of someone from the mass media should have us letting down our guard.

The enemy is not timid. One of the bold claims being made today is the idea that conservatives are conspiring to take over our nation. We are told there is a "vast right-wing conspiracy." Last week, former President Clinton, asked on Meet the Press whether a vast right-wing conspiracy was involved in the attacks on President Obama, answered: "Oh, you bet. Sure it is."

The media also claims there needs to be a leveling of the playing field because outlets like Fox News and radio talk shows have an unfair bias. If they could just silence conservatives like Bill O’Reilly and Rush Limbaugh, equality in the mass media would return. 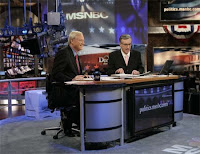 I can think of many examples that demonstrate the media’s liberal bias. CNN’s recent experiment with conservative host Glenn Beck is one of the best examples because it shows that ratings and money are far less important to them than liberal ideology.

For the past few years, CNN has been getting crushed in the ratings by Fox news. It’s very simple why this has happened. There are about a dozen cable network channels faithfully spouting the liberal message, and when you have a network come along with a conservative slant, they instantly have a monopoly.

Someone at CNN finally decided to hire Glenn Beck for the Headline News channel to get a piece of the conservative viewer market. Of course, Beck was an instant hit, but he didn't last long. The liberal culture at the network didn't like Beck, so this summer he decided to move over to Fox. Beck’s replacement at Headline News was, of course, a raging liberal.

I don’t see anything special about the conservative commentators of our day. Several of them I can’t stand because of their inflated egos. I see most of them as barking dogs that scare away robbers.

Liberals cry out against the "vast right-wing conspiracy" because despotism needs total control in order to take over. If you want to have absolute darkness, you need to extinguish all sources of light. The first thing any dictator does once he rises to power is to take over the part of the media he doesn’t already control.

The Democrats would love to implement something like the fairness doctrine. This is a rule that would force broadcasters to air contrasting views regarding matters of public interest. Since the liberal media claims to be agenda free, its members would be excluded from this guideline.

I think the hand of God is the only thing preventing us from seeing a left-wing rout of the media. The Democrats have control of the White House and of both house of Congress. They even have a filibuster-proof super-majority in the Senate. Some invisible force seems to be holding them back.

The day will come when the Lord lets the vast left-wing conspiracy run free. The rapture would be the perfect time, but it can always come sooner.