Both Jews and Muslims celebrated holidays in September 2009. However, the United States Consulate in Jerusalem - America's representative in Israel's capital - chose to focus entirely on Islam this year, while ignoring the Jewish holidays of Rosh Hashanah and Yom Kippur completely.

The consulate's website features Eid IL-Fitr greetings from U.S. President Barack Obama, Secretary of State Hillary Clinton, and Consul General Daniel Rubinstein. Its staff was involved in Ramadan celebrations in Jenin and Shechem, and hosted a meal in Jericho for the Muslim holiday of Iftar.

Clinton's greeting was published on September 19 - the first day of Rosh Hashanah. However, no mention was made of the Jewish holiday.

All three holiday wishes from American leaders to Muslims were apolitical, and focused on messages such as "personal reflection" and "charity." In contrast, President Obama's Rosh Hashanah greeting, which is not on the site, included a brief promotion of his Israel-Palestinian Authority peace plan. 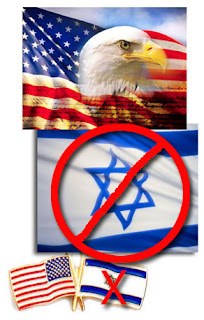 The High Holidays snub follows an admission in August that the U.S. Consulate in Jerusalem views itself as America's representative to the PA, while the embassy in Tel Aviv is seen as the representative to Israel. Consulate staff explained that they are "the principal representation to the Palestinian Authority" in an email to a Jewish American concerned by the lack of balance in consulate events.

The admission angered many American citizens in Israel. America's apparent recognition of the PA's claim to rights in Jerusalem was seen as a slap in the face, particularly because America takes care not to recognize Israeli rights in the capital city despite more than 40 years of Israeli sovereignty in the greater Jerusalem area.

The U.S. Has repeatedly declined to move its embassy to Jerusalem, the seat of Israel's government, and American citizens born in Jerusalem are not registered as having been born in Israel.

While admitting that U.S. Representatives in Jerusalem cater to the PA, consulate staff defended that decision by pointing to the Tel Aviv embassy as the existing representative to Israel.

However, the Tel Aviv embassy website provides no mention of the major Jewish holidays in September and October, and the only mention of any fall holidays, Jewish or Muslim, comes in the form of a video from a dinner hosted at the Ambassador's residence in celebration of Iftar.

New Report Warns Demographic Changes in the U.S. 'Could Leave Israel Without an Ally'

Israel's military has been bracing for the prospect of a significant reduction in U.S. Assistance.

In an analysis in the Israel military's monthly Maarachot, a senior officer warned that the United States could withhold aid to the Jewish state during a regional war, including that which would involve Iran.

"This trend will continue to get worse, due to assimilation and the fast rise of other minorities such as the Hispanics, which amount to 30 million today in the United States," Sandman wrote.

The article, which has reflected military assessments in 2009, was awarded a prize for excellence by Chief of Staff Lt. Gen. Gabi Ashkenazi. Sandman said the next few years "could leave Israel without an ally." In 2009, Israel received about $2.4 billion in U.S. Military aid. But the Obama administration has refused to announce a single weapons deal or export delivery to Israel.

The military has been discussing scenarios of a Middle East war in which Washington would refuse to directly help Israel. The scenarios have been examined amid the administration of President Barack Obama, who has refused to approve most of Israel's weapons requests in 2009.

The report urged the Israeli military to focus on intensified training and other programs with the United States. Sandman said the two countries should hold exercises that would facilitate U.S. Military intervention in a Middle East war, and that Israel should expand U.S. Military stockpiles in the Jewish state.

"This type of support will be important one day in an emergency, but could also serve as a deterrent for enemies when planning an attack," Sandman said.

The report came in wake of a series of consultations between the military's General Staff and the Defense Ministry over the prospect of a U.S. Arms embargo on Israel. During the meetings, the military and Defense Ministry explored alternative suppliers should the Obama administration continue to reject Israeli weapons requests.

Sandman said Israel must restructure its military to prepare for a regional war, including an invasion by the Iranian-sponsored Hizbullah and Syria. Based on interviews with 24 senior defense officials, Sandman asserted that Hizbullah performed better than the Israeli military during the war in Lebanon in 2006.

Hizbullah's strengths were said to have been in intelligence and organization.

"We need to recognize that the army with its current structure cannot provide a response to the unbelievably well-equipped force that is rising to destroy the state of Israel," Sandman said.

More now than ever, we need to keep Israel in our prayers.

Report warns demographic changes in the U.S. 'could leave Israel without an ally' - WorldTribune.com