Commies, Fascists and Perverts, Oh My!

Obama’s inner-circle is shaping-up like the bar scene from Star Wars. It’s a swollen throng of unaccountable czars and policy advisors comprised of some of the most bizarre fringe leftists imaginable. As mom always said, you’re known by the company you keep and Obama keeps some downright creepy company.

Here’s a sampling: First, we have disgraced former green-jobs czar Van “tinfoil hat” Jones. Jones, a self avowed communist and 9-11 “truther,” was forced to resign after revelations of his extremism became public.

And of course there’s the administration’s very own Dr. Dolittle: regulatory czar Cass Sunstien, who advocates that animals be allowed to sue people. 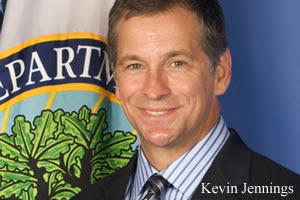 But perhaps the creepiest of Obama’s advisers is “safe schools” chief Kevin Jennings. Jennings – an open homosexual activist – is former director of GLSEN (the Gay, Lesbian and Straight Education Network), a highly controversial group of adult homosexual activists who promote sexual anarchy and tacitly work to normalize the criminal practice of pederasty.

GLSEN’s primary purpose is to push dangerous and even deadly homosexual and cross-dressing behaviors in our government schools on children as young as five. So bold is Jennings in his promotion of homosexual behavior among children that he even penned the foreword to a book entitled “Queering Elementary Education.” (I don’t know about you, but Jennings and his ilk will “queer” my elementary-age kids over my dead body.)

A number of Jennings past activities disqualify him from holding any position relating to children; but a recently revealed scandal involving an exchange between him and a former tenth-grade student leaves no doubt that he’s unfit to serve in his current capacity. Jennings has admitted that while he was a teacher, a boy – whom he understood to be 15 years-old – shared that he had been sodomized by an “older man” who lured him home from a bus stop toilet.

Of course any reasonable teacher would have immediately called police and notified the student’s parents. But Kevin Jennings – an anti-Christian bigot who once said of Christians: “F – k ‘em! … Drop Dead!” – is anything but reasonable. Instead, he affirmed both the man-boy homosexual encounter and the boy’s “gayness,” flippantly telling him, “I hope you knew to use a condom.” (Jennings recently admitted that he “should have handled this situation differently” but, as of yet, has arrogantly refused to step-down or even apologize).

Still, Jennings cavalier attitude toward adult-child sex should really come as no surprise. In a 1997 speech he voiced his admiration for Harry Hay, longtime advocate of the homosexual/pedophile group NAMBLA (the North American Man-Boy Love Association.)

According to NAMBLA’s website, Hay made the following statement in a 1983 address:

“I also would like to say at this point that it seems to me that in the gay community the people who should be running interference for NAMBLA are the parents and friends of gays. Because if the parents and friends of gays are truly friends of gays, they would know from their gay kids that the relationship with an older man is precisely what thirteen-, fourteen-, and fifteen-year-old kids need more than anything else in the world. And they would be welcoming this, and welcoming the opportunity for young gay kids to have the kind of experience that they would need.”

Sickening, right? Shocking, no? Well, not to Kevin Jennings. His take? He gushed, “One of the people that's always inspired me is Harry Hay.”

As with “gay” activist pioneer Harry Hay, legalizing adult-child sex has long been a goal of many homosexual activists (for years, overtly and today, covertly). Boys and teens utilized for homosex are referred to as “chicken” in “gay” lexicon.

In fact, part of homosexual activists “1972 Gay Rights Platform” called for the “repeal [of] all laws governing the age of sexual consent.” This should send a chill down the spine of any parent. Such a repeal would legally allow homosexuals and pedophiles to access your children and teens for their own predatory sexual gratification – so long as those children “consented” to having sex (like the boy who confided in Jennings).

But “cover-up” is at the very core of Jennings strategy. In 1995, while summarizing his political approach of manipulation and indoctrination, he warned fellow homosexual activists to hide their true motives and avoid using language about “promoting homosexuality.” Instead, he astutely observed that “the effective reframing of this issue” through the disingenuous use of propagandist euphemisms such as “safety” and “violence” was “the key to … success.”

But rather than being appointed by Obama to such a position of power and prestige, both Kevin Jennings and GLSEN should be held liable for engaging in reckless educational malpractice. By promoting and facilitating homosexual behavior among children, they demonstrably place children at risk.

Multiple studies have established, for instance, that homosexual conduct, especially among males, is considerably more hazardous to one's health than a lifetime of chain smoking.

One such study – conducted by pro-“gay” researchers in Canada – was published in the International Journal of Epidemiology (IJE) in 1997. (see the study here: http://www.massresistance.org/docs/issues/fistgate/index.html )

While the medical consensus is that smoking knocks from two to 10 years off an individual’s life expectancy, the IJE study found that homosexual conduct shortens the lifespan of “gays” by an astounding “8 to 20 years” – more than twice that of smoking.

The risks associated with homosexual conduct are so drastic, in fact, that U.S. health regulations prohibit men who have sex with men (MSM) and women who have had sex with MSM, from ever donating blood. (Yet Jennings and GLSEN encourage children to engage in the very behaviors that – for quantifiable health related reasons – would preclude them from giving blood … ever.)

Adults and children who engage in homosexual conduct – especially males – are also susceptible – at an astronomical rate – to nearly all other forms of sexually transmitted disease (STD). For example, the Hepatitis B virus is about five to six times more prevalent among “gays,” and Hepatitis C is twice as common.

Furthermore, a 2007 study conducted by the Centers for Disease Control and Prevention found that, although homosexuals make-up only a fraction of the population (one to two percent), they account for an epidemic 64 percent of all syphilis cases.

So, all of this begs the question: Why on God’s earth is this Kevin Jennings nut – whose entire life’s work has irrefutably placed children at risk – in charge of promoting “safe schools”? He’s even bragged in his personal memoirs about his own drug and alcohol abuse.

Indeed, Obama’s Jennings appointment was a gold medal blunder among a litany of Olympic-sized missteps. If his administration seeks to salvage any modicum of rapidly waning credibility, the President must force Jennings to step down and denounce his reckless behavior.

The real scandal is that Jennings was ever appointed in the first place. He must go and he must go now.

It's Time for Kevin Jennings to Resign - FOX News