The Cloud of the Ezekiel Prophecy Gathering to Cover the Land

Ezekiel 38 describes what many believe to be a colossal end times battle led against Israel by Gog, considered modern day Russia and joined by Persia, which is modern day Iran, and the Arab lands of Northern Africa. This attack, as the Lord says to Gog in verse 16,

"shalt come up against my people of Israel, as a cloud to cover the land; it shall be in the latter days and I will bring thee against my land, that the heathen may know me, when I shall be sanctified in thee, O Gog, before their eyes."

The fury of the Lord shall destroy those attacking Israel and their weapons will burn for seven years.

Many have tried to understand what could trigger such an attack where the Lord God of the universe would in return unleash earthquakes, pestilence, fire, and brimstone. But this storm has been brewing for centuries and today is far more likely to occur than ever before. Iran has been playing a cat and mouse game for six years as it has deceived and maneuvered to come within months of its goal to have a nuclear weapon. And the materials, technology and scientists to help Iran build such a weapon have come from Russia. Russia has partnered with Iran not only on building a nuclear facility, but also on missile development. 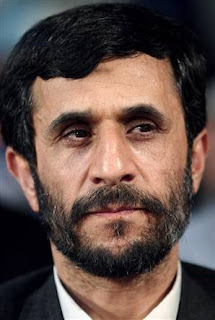 Iran has taunted Israel over the years and has called for its demise. As recently as September 18, Iranian President Mahmoud Ahmadinejad told his countrymen,

"This regime (Israel) will not last long. Do not tie your fate to it ... This regime has no future. Its life has come to an end."

Now the United Nation's International Atomic Energy Agency has reversed its position held in November 2004, saying in a report entitled "Possible Military Dimension of Iran's Nuclear Program" that Iran now has the capability to make a nuclear bomb and has been working on a missile system to deliver it. This is the UN agency that enabled Iran to develop its nuclear program by deceiving the public in its reports that there was no program.

Now Russian President Dmitry Medvedev is trying prevent Israel from attacking Iran before its nuclear bomb is fully functional. Medvedev told CNN that Israel has promised not to use military force against Iran. At the same time, he said that Russia had a right to supply defensive weapons to Iran implying that it would be protected against such an Israeli attack. Meanwhile, former National Security Advisor to President Carter, Zbigniew Brzezinski, also an advisor to the White House on foreign policy during the presidential campaign, suggested the US shoot down Israeli planes if they attempt to attack Iran.

More than ever, the components of the Ezekiel 38 prophecy are gathering like a not-so-distant cloud.

Psalm 83 or Ezekiel 38, "Which is the Next Middle East News Headline?" - Bible Prophecy Today (Bill Salus)