Trump: I Won't Rule out Spying on Israel If Elected President 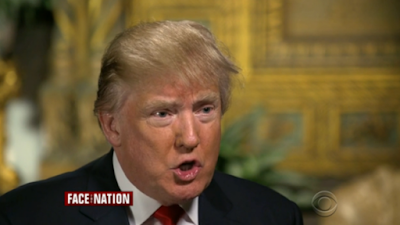 (TIMES OF ISRAEL)—Republican presidential candidate Donald Trump does not rule out spying on Israel if elected, he said in an interview aired Sunday, but maintained he "would certainly not want to do it."

In an interview on CBS's "Face the Nation," Trump addressed the Wall Street Journal report last week that maintained the Obama administration had spied on Prime Minister Benjamin Netanyahu's lobbying efforts against the Iran nuclear deal.

"I would certainly not want to do it, but I have to say this. We're being spied on by everybody," Trump said. "I would say that I would leave open possibilities of doing whatever it takes to make our country very, very strong and to make our country great again."...