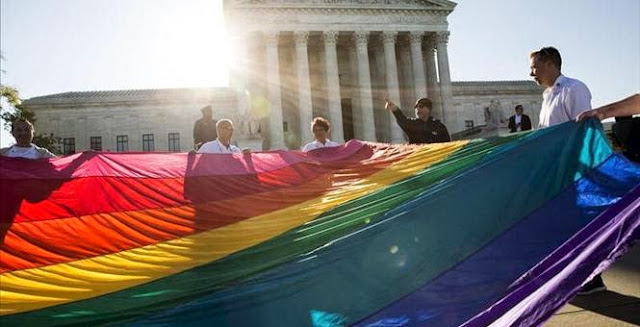 That's the blunt warning a group of prominent religious leaders is sending to the Supreme Court of the United States as they consider same-sex marriage.

"We respectfully warn the Supreme Court not to cross that line," read a document titled, Pledge in Solidarity to Defend Marriage. "We stand united together in defense of marriage. Make no mistake about our resolve."

"While there are many things we can endure, redefining marriage is so fundamental to the natural order and the common good that this is the line we must draw and one we cannot and will not cross," the pledge states.

The pledge was co-drafted by Deacon Keith Fournier, a Catholic deacon, and Mat Staver, the founder of Liberty Counsel. Also involved in the document were Rick Scarborough, the president of Vision America Action and James Dobson, the founder of Family Talk Radio....