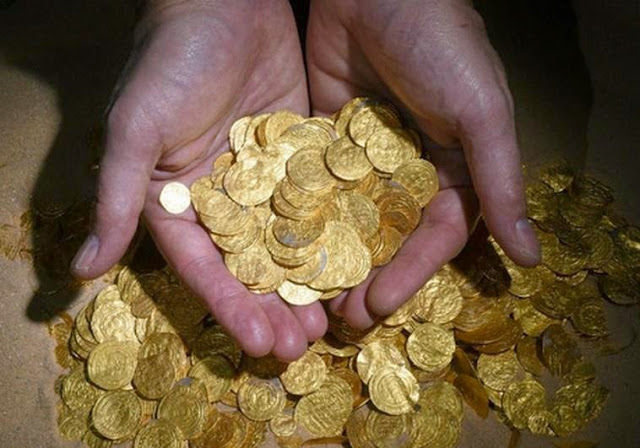 (ARUTZ SHEVA)—A record-breaking ancient treasure trove of gold coins has been discovered along the Israeli coast, in what is believed to be the largest-ever such find in Israel.

The astonishing haul was discovered by accident, when a group of divers from a local diving club at the ancient harbor in Caesarea National Park stumbled upon what they thought was a toy coin discarded by a tourist.

But after realizing the coins were "the real thing" they quickly collected several samples and returned to the shore in order to inform the director of the diving club, who in turn reported the discovery to the Marine Archaeology Unit of the Israel Antiquities Authority.

The IAA quickly scrambled a diving team of its own, equipped with metal detectors, who were escorted by the initial group to where the coins were found—and soon discovered the sheer magnitude of the find.

In all, the hoard of gold included 2,000 gold coins in different denominations, including a dinar, half dinar and quarter dinar, of various dimensions and weights....