Historically there have been three basic positions when it comes to the issue of the millennium and when it will occur in relation to Christ's return to planet earth. First, there is premillennialism, which is the oldest of the three and teaches that Jesus returns before He reigns for a thousand years on earth with His saints. Second, is amillennialism, which teaches that the current church age is a spiritual reign of Christ and there will be no thousand-year reign of Christ upon earth when He returns at the second coming. Third, postmillennialism, which is similar to amillennialism in that the current age is a spiritual reign of Christ through the church. Postmillennialism believes that a majority of people will become saved in the future and thus the church will reign victoriously at a future time before Christ returns to earth. I believe the Bible teaches premillennialism. 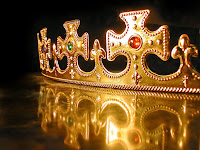 The terms amillennialism, premillennialism, and postmillennialism did not become theological vocabulary until the late 1800s. The term "amillennialism" is a compound of three words. First, is the Greek alpha privative "a" that negates a word in which it is attached as a prefix. Thus, a literal rendering of the word would mean "no millennium" or more specifically "no millennium after Christ returns." The next two terms are of Latin derivation. "Mille" means "a thousand" and "annum" means "year;" thus, millennium means "a thousand years." Amillennialist Sam Storms explains, "the 'millennium' that I believe John describes in the Apocalypse is concurrent with the church age in which we live and consists of the co-regency with Christ of those believers who have died and entered into the glory of the intermediate state." [1] Even though the term "amillennialism" literally means "no thousand years," it does not mean that. According to Storms, "amillennialists do believe in a millennium. The millennium, however, is now: the present age of the Church between the first and second comings of Christ in its entirety is the millennium." [2]

Anthony Hoekema, an amillennialist, believes the phrase "realized millennialism" is a better description of their actual views and admits that it "is a rather clumsy one, replacing a simple prefix with a three-syllable word...I shall continue to use the shorter and more common term, amillennialism." [3] The millennial issue is generated by one's understanding of the six uses of "a thousand years" in Revelation 20:2–7. Hoekema describes his view further as follows:

Amillennialists interpret the millennium mentioned in Revelation 20:4–6 as describing the present reign of the souls of deceased believers with Christ in heaven. They understand the binding of Satan mentioned in the first three verses of this chapter as being in effect during the entire period between the first and second comings of Christ, though ending shortly before Christ's return. They teach that Christ will return after this heavenly millennial reign. [4]

Some "amillennialists interpret the millennium," adds Storms, "as encompassing all the inward spiritual triumphs experienced by the Church on earth (i.e., Christ ruling in the believer's heart)." [5]

Amillennialism as a system of theology did not come upon the Christian scene until around A.D. 400 when Augustine of North Africa developed it in his well-known work entitled The City of God. Around A.D. 180 opposition to a literal interpretation of Revelation 20:1–7 arose in North Africa in the city of Alexandria and led to what could best be called "antimillennialism." Antimillennialism was simply a negative opposition to the common understanding in the early church that Christ would return in Revelation 19, which is then followed by the thousand-year kingdom on earth in chapter 20. One of the earliest of the church fathers Justin Martyr (A.D. 100–165) wrote the following:

But I and others, who are right-minded Christians on all points, are assured that there will be a resurrection of the dead, and a thousand years in Jerusalem, which will then be built, adorned, and enlarged, as the prophets Ezekiel and Isaiah and others declare. [6]

Thus, in the early years of the church, it was considered part of orthodoxy to be premillennial. So why did the church eventually become Augustinian amillennialist for over a thousand years?

By the time of Christ, the center of Greek philosophy had moved from Athens Greece to Alexandria Egypt. Clement of Alexandria (A.D. 150–215) and his disciple Origen (A.D. 185–254) developed the allegorical approach to biblical interpretation in the early third century. "The fundamental criticism of Origen, beginning during his own lifetime," notes Joseph Trigg, "was that he used allegorical interpretation to provide a specious justification for reinterpreting Christian doctrine in terms of Platonic philosophy." [7] Since Origen believed that "the spiritual meaning belongs to a higher order of ideas than the literal," [8] he was attracted to the spiritual or allegorical meaning of the text. Ronald Diprose explains the implications of an allegorical interpretation as follows:

He motivated this view by appealing to the principle of divine inspiration and by affirming that often statements made by the biblical writers are not literally true and that many events, presented as historical, are inherently impossible. Thus only simple believers will limit themselves to the literal meaning of the text. [9]

The Alexandrian school set the stage for the total abandonment of premillennialism until a couple of hundred years before the Reformation. Just as there were preReformation stirrings about the doctrine of salvation, so there were also harbingers in the area of Bible prophecy. Therefore, by the time of Augustine amillennialism began to replace the original early church belief of premillennialism. "Latin fathers, Jerome and Gregory the Great, and since antimillennialism reverberated in other ways," notes Robert Lerner, "the scene was set for an enormous constraint on expressions of millennialism in the subsequent Western tradition." [10]

Why Amillennialism Is Wrong

Amillennialism, even though it has been widely held throughout church history, is wrong simply because the Bible just does not teach it anywhere. One writer said, "The primary weakness of amillennialism lies in its exegesis of Revelation 20:1–10, especially its understanding of the two resurrections." [11] Amillennialism is the official eschatology of the Roman Catholic Church and Eastern Orthodox Churches. Unfortunately it was adopted by the first generation of Protestant Reformers who did not do much in the area of Bible prophecy so they merely carried over Rome's viewpoint in this area. However, later generations of Reformers, especially the Puritans, did look into these matters in-depth and most abandoned Rome in this area of theology.

About a decade ago I had a debate with one of the top academic amillennialists in the United States on amillennialism verses premillennialism. He has written a thousand-page plus commentary on Revelation from the amillennial perspective. During the debate, when I was given the opportunity to question him directly I asked the following question: "Premillennialists believe we have a biblical basis for our belief. We see Christ returning to planet earth in chapter 19 of Revelation and six times in chapter 20 it speaks of Him reigning for a thousand years. Could you provide a similar biblical text that at least appears prima facie to support your amillennial contention?" I do not recall the details of his answer, but he did not provide a specific passage to my question. Instead he went off on a speculative theological discourse without providing a biblical text for amillennialism. I believe he could not provide a biblical passage because there is not one anywhere in the Bible.

I have come to realize from my study of history and personal interactions with people today that the main reason for amillennialism is that many do not like the idea of a personal, physical reign of Christ on planet earth. Yet, salvation includes both the spiritual and physical realms of humanity. Redemption will be completed here on planet earth when Christ redeems us not only spiritually but also physically and reigns and rules on earth victoriously for a thousand years. Amillennialism implies that Christ does not need to be victorious within the realm of human history, which has been the theater for all other aspects of the human drama. Instead, they believe only in a victory in heaven when we escape human history in defeat.

Jesus Christ as the second Adam came to earth to start a whole new human race, a new humanity. The basis for this new humanity is the death, burial, resurrection, and ascension which He accomplished at his first coming. The current age is an elective phase in which He is calling out a people to reign with Him in His kingdom. The second coming is for the purpose of judging those who reject Him in order to prepare for His glorious reign on earth. Then, and only then, will we reign with Him forever in eternity. Maranatha!

[6] Justin Martyr, Dialogue of Justin, Philosopher and Martyr, with Trypho, A Jew, chapter 80.