Not satisfied to win control of "Muslim" holy sites alone, the Palestinian Authority is demanding that even the Western Wall, globally recognized as Judaism's holiest site, must come under its sovereignty as part of any peace deal with Israel.

"Every piece of land Israel occupied in 1967 belongs to the Palestinian state. The Buraq Wall, too, will be under Palestinian sovereignty," Palestinian Minister of Religious Affairs Mahmoud al-Habash said in an interview with Israel's Channel 10 News.

Al-Habash went on to assert that under Palestinian sovereignty, freedom of religion would be protected and Jews would be permitted to continue praying at the site without fear of persecution. 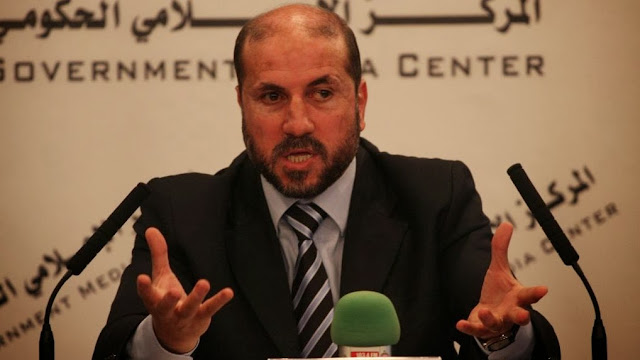 Buraq Wall, the term used by Al-Habash to denote the Western Wall, is the Muslim term for the western retaining wall of the Temple Mount. In its later years, Islam claimed that this was the place where the Prophet Mohammed tied his magical horse Al-Buraq after being transported from Mecca to Jerusalem.

In a 2008 interview with Azzam Khatib, then-director of the Islamic Trust (or Waqf) that safeguards the mosques that sit atop the Temple Mount, we were told that when the Muslims first arrived in Jerusalem 1,400 years ago, the Temple Mount area was barren, and no hard evidence of previous structures remained.

Always a fount of contradiction, the Muslim officials later negated their own claims that the Temple Mount was empty in A.D. 600 with their stories of Muhammad's midnight visit to the Al Aksa Mosque that today towers over the southern end of the raised compound.

Pointing to the massive western retaining wall, which if the Muslim officials are to be believed should also not have existed 1,400 years ago, a Waqf guide pointed out for us the exact spot where Al-Buraq was supposedly secured.