(Netanya, Israel)—I landed in Israel on Friday afternoon amidst a rapidly intensifying crisis in U.S.-Israeli relations.

The Obama administration is preparing to cut a disastrously bad nuclear bargain with Iran that relieves enormous economic pressure on Tehran without requiring the mullahs to dismantle a single centrifuge. The Israelis are stunned. Top officials feel betrayed by the White House, including by reports that the White House has secretly been easing sanctions for months. There have long been tensions between President Obama and Prime Minister Netanyahu. There have been times I have feared a "train wreck" between the two. Hopefully, the dynamic will change for the better, and quickly. But at the moment things are going from bad to worse in a hurry here. 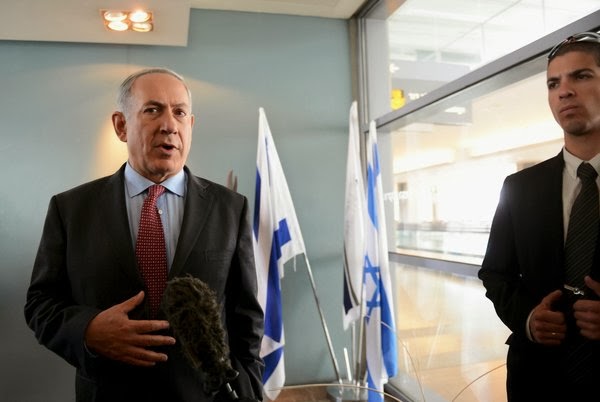 "Netanyahu is in a state of shocked disbelief" at the deal and feels "misled" by the U.S. over specifics of the deal, reports Israel TV 10.

"If there were a synoptic map for diplomatic storms, the National Weather Service would be putting out a hurricane warning right now," noted a leading Israeli commentator in Haaretz. "The winds are blowing cold, tensions are on the rise and tempers are beginning to flare in the Bermuda triangle of relations between Israel, the US and the American Jewish community. And given that the turbulence is being caused by an issue long deemed to be critical to Israel's very existence, we may actually be facing a rare Category 5 flare up, a 'superstorm' of US-Israeli relations."

What will Netanyahu and his government do now? This remains to be seen. But consider the Prime Minister's blunt language:

"Israel utterly rejects [the deal] and what I am saying is shared by many in the region, whether or not they express that publicly. Israel is not obliged by this agreement and Israel will do everything it needs to do to defend itself and the security of its people."

"These critical days in November will be remembered for years to come," said Naftali Bennett, a top Israeli Cabinet official:

"The Free World stands before a fork in the road with a clear choice: Either stand strong and insist Iran dismantles its nuclear-weapons program, or surrender, cave in and allow Iran to retain its 18,500 centrifuges.

Years from now, when an Islamic terrorist blows up a suitcase in New York, or when Iran launches a nuclear missile at Rome or Tel Aviv, it will have happened only because a Bad Deal was made during these defining moments.

Like in a boxing match, Iran's regime is currently on the floor. The count is just seconds away from 10. Now is the time to step up the pressure and force Iran to dismantle its nuclear program. Not to let it up.

It would be dangerous to lift the sanctions and accept a deal which allows Iran to retain its entire uranium-production line.

It would be dangerous because Iran would, a year, two or three from now, just turn everything back on and obtain a nuclear weapon before the world can do anything to stop it.

It is not enough to shut off the centrifuges. They need to be completely dismantled.

We call upon the West to avoid signing a Bad Deal.

Israel's responsibility is to ensure the security of its citizens and that is exactly what we will do.

We will never outsource our security."

"I wrote before the last presidential election that 'Israel's troubles will really begin' should Obama win second term. At Obama's second inauguration, I predicted that he, 'freed from re-election constraints, can finally express his early anti-Zionist views after a decade of political positioning. Watch for a markedly worse tone from the second Obama administration toward the third Netanyahu government.'

That moment is now upon us."

Excerpts of coverage from the Times of Israel: