Why Seminary? Exhibit B: Charles Spurgeon

Our discussion on why a seminary education may or may not be necessary started with "Exhibit A: Joel Osteen." Rev Osteen leads America’s largest church without the benefit of formal theological training. After his interview by Larry King, our case may seem solidly set against those venturing into ministry without studies. But to be thorough, another specimen needs to be slid under our microscope. Charles Haddon Spurgeon (1834-92) is often hailed as a prime example of God’s ability to use untrained men for the ministry. But is Spurgeon really the poster boy of the theologically uneducated?

Allow me to state for the record that formal education is NOT a biblical requirement for pastors. I have personally met dozens of pastors in Africa and Asia who have not even matriculated from their public school system, but who are powerful preachers, with undeniable theological acumen, and an impressive command of all things doctrinal. Conversely, I have met seminary graduates with more degrees than Celsius, yet who don’t live out the gospel or love the church, and some don’t even know the Lord!

So it would be foolhardy to use seminary as a litmus test of one’s aptness for ministry. God uses character as the primary qualification (1 Tim 3:1-7). In the skill category, only two major abilities must be evident, namely the ability to manage his household, and the ability to teach (1 Tim 3:2).

But I submit to you that although no formal training is necessary for the ministry, rigorous education must occur at some point prior to deemed "able to teach."

That biblical qualification assumes not only the skill of communicating knowledge, but that there is an accurate body of doctrine that is being shared. "Able to teach" refers to the preacher’s doctrine as much as it does to his homiletic prowess. 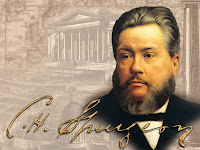 Charles Spurgeon boasted no university degrees. But is it true that he was theologically untrained?

Allow me to produce the trump card in my opening gambit: Spurgeon possessed the rare and enviable gift of a perfectly photographic memory. His mind was like a steel trap, nothing that got caught in the grip of his attention ever escaped.

Can you imagine what it must be like to have every factoid you have ever read chomping at the bit like an eager horse in the racing gates, just waiting to charge out your mouth on command? Spurgeon was able to quote, verbatim, large passages from books he had read only once several years previously.

His grandmother was the one to discover this prodigious superpower at great loss to her change purse. In an attempt to encourage piety, she offered to pay him in coin for every hymn he could memorize. Little did she know that Charlie could pick up knowledge faster than he could pieces of litter, or perhaps she would have offered the reward for the latter exercise.

Spurgeon’s memory was supported by his towering intellect and his insatiable curiosity. He read every book he could get his chubby paws on, and devoured tomes with the ease and ecstasy most kids reserve for candy.

By the time Charlie reached the age most seminoids are entering seminary to begin their Greek and Hebrew tour-of-duty, the 20 year-old Spurgeon, having already mastered the biblical languages, was pastoring his second church, the New Park Street Chapel in London!

Far from being a boyish, garish country bumpkin (as some critics described him in his early years) Charlie’s wisdom, knowledge, discernment, and insight were the four wheels that carried his oratory acumen. His preaching was unsurpassed in power and eloquence. He spawned 3,600 sermons and about 50 books, every single one of which reads like a masterpiece of literary and rhetorical genius.

He also had the work ethic of a sweatshop sowing machine, drilling away at projects with little respite until his relatively early death at 57 years old. He started schools, orphanages, seminaries, and literally dozens of societies that proliferated his output for the kingdom. He stood against the liberalism of his day in the infamous Downgrade Controversy because he valued doctrinal accuracy with unwavering courage.

One has difficulty picturing Spurgeon replying, "I don’t know" when asked who goes to heaven, why Muslims are wrong, or why God allows suffering.

And through it all Spurgeon grasped deep theology, and applied it to his own condition. He loved to show biblically and practically that trials prove and improve our faith, adorn the gospel, and magnify God’s glory.

So if you are an aspiring seminoid who is still unsure if you’ll ever make it into the hallowed halls of an accredited seminary, take heart. God doesn’t require a graduation ceremony or mounted parchment. What He does expect is that you do the best you can with what He gives you. And who knows, if you are faithful with what He provides, perhaps He will give you more with which to be faithful?

If you ever do get the chance to further your studies, grab it with gusto. And learn to substitute "I don’t know" with "I’ll find out and get back to you."