Behold, I tell you a mystery; we shall not all sleep, but we shall all be changed, in a moment, in the twinkling of an eye, at the last trumpet; for the trumpet will sound, and the dead will be raised imperishable, and we shall be changed (1 Corinthians 15:51–52).

It is not unusual for some posttribulationists to think that they have fired a silver bullet which they believe destroys the possibility of the pretribulational rapture teaching. That shot is usually thought to be in the form of the argument relating to "the last trumpet" as found in 1 Corinthians 15:52. Even though some think they have found a slick and simple solution to the timing of the rapture, they fail to realize that the New Testament teaching concerning this issue is more sophisticated than that.

Scripture or a Survival Guide?

I recall years ago meeting and talking with the late Jim McKeever at a Christian Book Sellers convention in the early 90s. He made the "last trumpet" argument to me at that time. Later I read his book entitled Christian Will Go Through the Tribulation. [1] Judging from the title, I thought it would be a biblical treatise providing thorough reasoning to support the book’s title. It was anything but that! He basically presented a single argument, (the last trumpet argument), in just a few pages and drew the following conclusion:

If a Christian will put out of his mind all of his preconceived ideas about a Rapture occurring at the beginning of the Tribulation, and will look objectively at what the Scriptures have to say, I believe he will conclude that the Rapture will occur at the end of the Tribulation. 1 Corinthians 15 tells us that we will be changed in the twinkling of an eye, and that the dead will be raised at the "last trumpet." In Revelation, at the LAST trumpet we see the beginning of Christ's reign and the FIRST resurrection. Nothing could be simpler. There are no complications, if you accept the fact that the Rapture occurs at the end of the Tribulation. [2]

First of all, I arrived at my pretribulational beliefs through the study of the Bible, thus, I am not going just put them out of my mind when I am challenged to examine the beliefs of others. I doubt the Bereans put their understanding of the Bible out of their minds when "they received the word with great eagerness, examining the Scriptures daily, to see whether these things were so" (Acts 17:11). So we are to do just the opposite of what McKeever and others like him when they suggest that we approach any issue with an open mind. I do not want to be open-minded when examining issues, I want to be biblically-minded.

Third, McKeever front-loads his own approach to the matter by taking the phrase "last trumpet" and equating it with the seventh trumpet in Revelation (11:15–19). (This is an erroneous assumption that I will deal with later.) McKeever says, "A significant thing is that verse 52 tells us WHEN all of this will occur, and this "at the LAST trumpet. ...It would then seem reasonable to turn to the book of Revelation to find out something about this 'last' trumpet." [3] 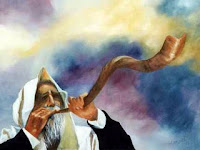 Paul does teach in 1 Corinthians 15:52 that the rapture will take place at the last trumpet. Do posttribulationist like McKeever have a point or is there a better explanation that takes into account the whole counsel of God on this matter? How does Paul's last trumpet statement harmonize with pretribulationism?

Throughout the Bible there are a number of trumpets being blown. For example in Numbers 10 there are trumpets being used in order to give commands to the people of Israel. For example, a trumpet is used to assemble the people for their journey and another trumpet that signals the start of their journey. There were trumpet sounds that would tell the people to stop and another sound telling them to assemble. Depending upon whether the people were moving or getting ready to move, the last trumpet would signal them to move or if moving, a second last trumpet sound would tell them when to stop. So even in this context, for example, there are multiple "last trumpets."

The “last trumpet” of 1 Corinthians 15:52 is singular, referring to one judgment, not a sequence of seven. Ellicott notes, “There are no sufficient grounds for supposing that there is here any reference to the seventh Apocalyptic trumpet (Rev. xi. 15), or to the seventh and last trumpet.” [4] Henry Thiessen agrees:

If he had thought of this trumpet as one of seven, he would undoubtedly have said something like the following: “For when the trumpets will be sounded and the time comes for the last one to sound, the dead in Christ shall be raised.” At any rate, there is no ground for identifying the “trump” in 1 Cor. 15:52 with the seventh trumpet in Rev. 11:15. Those in the Revelation introduce fearful judgments upon the world and mankind; this one calls the dead in Christ out of their graves and summons both the ones raised and the believers still living into the Lord’s presence. [5]

The context of 1 Corinthians 15:52 is very different than the context of Revelation 11:15. 1 Corinthians 15:52 better harmonizes with 1 Thessalonians 4:16, which says, “For the Lord Himself will descend from heaven with a shout, with the voice of the archangel, and with the trumpet of God; and the dead in Christ shall rise first.” Both passages speak of the rapture and judgment is absent from both. The trumpet in both are the last or final command that the Lord gives to the church, resulting in the translation of all Believers. Dr. J. Dwight Pentecost cites the following reasons as to why the “last trumpet” in 1 Corinthians 15:52 is different from any of the trumpet judgments in Revelation.

There seem to be a number of observations which make it impossible for one to identify these two trumps. (1) The trumpet of 1 Corinthians 15:52, . . . sounds before the wrath of God descends, while, . . . the chronology or Revelation indicates that the trumpet in Revelation 11:15 sounds at the end of the time of wrath. . . . (2) The trumpet that summons the church is called the trump of God, while the seventh trump is an angel’s trumpet. . . . (3) The trumpet for the church is singular. No trumpets have preceded it so that it can not be said to be the last of a series. The trumpet that closes the tribulation period is clearly the last of a series of seven. (4) In 1 Thessalonians 4 the voice associated with the sounding of the trumpet summons the dead and the living and consequently is heard before the resurrection. In the Revelation, while a resurrection is mentioned (11:12), the trumpet does not sound until after the resurrection, showing us that two different events must be in view. (5) The trumpet in 1 Thessalonians issues in blessing, in life, in glory, while the trumpet in Revelation issues in judgment upon the enemies of God. (6) In the Thessalonian passage the trumpet sounds “in a moment, in the twinkling of an eye.” In Revelation 10:7 the indication is that the seventh trumpet shall sound over a continued period of time, probably for the duration of the judgments that fall under it, for John speaks of the angel that shall “begin to sound.” . . . (7) The trumpet in 1 Thessalonians is distinctly for the church. Since God is dealing with Israel in particular, and Gentiles in general, in the tribulation, this seventh trumpet, which falls in the period of the tribulation, could not have reference to the church without losing the distinctions between the church and Israel. (8) The passage in Revelation depicts a great earthquake in which thousands are slain, and the believing remnant that worships God is stricken with fear. In the Thessalonian passage there is no earthquake mentioned. . . . (9) While the church will be rewarded at the time of the rapture, yet the reward given to “thy servants the prophets, and to the saints” can not be that event. The rewarding mentioned in Revelation 11:18 is seen to take place on the earth after the second advent of Christ, following the judgment on His enemies. Since the church is rewarded in the air, following the rapture, these must be two distinct events. [6]

The last trumpet in 1 Corinthians 15:52 is the final command that Christ provides for His church when He sends the signal to gather us together for the meeting in the sky that we know as the rapture. The contexts of 1 Corinthians 15:52 and that of Revelation 11 are totally different from one another. About the only similarity between the two is that the word “trumpet” is used in both. (Actually the word “trumpet” is not even used in Revelation 11:15–19. The text actually says, “the seventh angel sounded” (11:15), clearly implying that a trumpet is sounded as noted in Revelation 8:2). The respective contexts are totally different. In 1 Corinthians 15:52, there is the context of things related to the church age, while Revelation 11 speaks of judgment during the tribulation. No such silver bullet argument exists for posttribulationism since I believe that it is clear that the New Testament does not teach such a view. Maranatha!

[1] Jim McKeever, Christians Will Go Through the Tribulation: And How to Prepare for It (Medford, OR: Omega Publications, 1978).