The Obama administration expressed willingness to negotiate with Russia over providing European countries with a missile defense shield if the Russians decrease their role in supporting the regime of Syrian President Bashar al-Assad, according to informed Middle East security officials.

The officials further disclosed a White House pledge to Russia to ensure against an attack on Iran while instead pressing for growing mediation with Tehran also on condition the Russians essentially stand back in their bolstering of Assad.

For its part Russia is demanding a U.S. pledge that there will be no international military deployment in Syria if Moscow accepts the U.S. conditions, the Middle East security officials said.

Asked for comment, a Syrian government source reached by KleinOnline said that Damascus is “confident” about the continued Russian support for Assad despite any ongoing talks with the Obama administration.

The Syrian source further claimed that Turkey is stepping up training to the rebels targeting Assad’s regime and that Saudi Arabia, Qatar and Turkey are increasing the flow of weapons to the rebel groups. 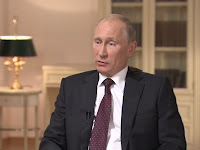 The claim that the Obama administration is putting the missile shield for Poland on the table in talks with Moscow comes after Russian President Vladimir Putin said in a television interview broadcast yesterday that Obama is willing to revive talks on the planned U.S. missile shield in Europe.

“Is it possible to find a solution to the problem, if President Obama is re-elected for a second term? In principle, yes, it is,” Putin told the RT international news channel.

“But this isn’t just about President Obama,” Putin said. “My feeling is that he is a sincere man and that he sincerely wants to implement positive change. But can he do it, will they let him do it? There is… the military lobby, and the Department of State, which is quite conservative.”

Meanwhile, on the Syrian front officials from Egypt, Saudi Arabia, Turkey and Iran met in Cairo yesterday to discuss the violence in Syria, but the deeply divided countries reportedly did not reach a consensus on how to approach the issue.

Also yesterday, a car bomb in Aleppo, Syria’s largest city, reportedly killed at least 30 civilians, according to state media, which blamed the attack on the U.S.-supported opposition.