11 Years on, the Jihad Rages More Fiercely than Ever 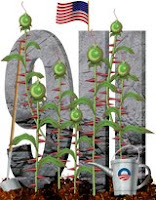 Eleven years have passed since the jihad terror attacks of Sept. 11, 2001, and terrorism appears to many to be yesterday’s issue. There hasn’t been a catastrophic jihad attack on American soil since that fateful day, and neither presidential campaign has done much more than pay lip service to national security issues regarding jihad terrorism. Yet there are numerous indications that the Islamic jihad against the United States is far from over.

President Obama’s response to that jihad, however, has been to support the Arab Spring uprisings that have installed Islamic supremacist pro-Shariah regimes in North Africa and to dedicate his Justice Department to gaining special accommodation for Muslims in American businesses and educational institutions.

Osama bin Laden said in his October 2002 letter to the American people that “the first thing that we are calling you to is Islam.” He could look with satisfaction at how Islamic law is rapidly becoming the sole law of the land in Egypt, Libya and Tunisia and at how the American political establishment is so warmly disposed toward even Islam’s political and supremacist elements that a call simply to investigate Muslim Brotherhood influence in the government met with scorn and charges of McCarthyism.

So pervasive is the unreality about the jihad threat, in fact, that the commander of U.S. forces in Afghanistan, Gen. John Allen, has attributed the rapid rise in attacks by Afghan troops on their American trainers to a lack of affection on the Americans’ part. He explained that on one occasion, “one of our battalion commanders publicly and openly hugged his Afghan battalion counterpart. And that solved the problem right on the spot.”

In fact, these “green-on-blue” murders keep happening because there is no reliable way to distinguish an Afghan Muslim who supports American troops from one who wants to murder them, and political correctness prevents authorities from making any attempt to do so anyway because it would suggest that Islam is not a religion of peace. So ever more U.S. troops are sacrificed to this madness.

Meanwhile, Mr. Obama has just expressed his enthusiasm for Egypt’s new Muslim Brotherhood regime by forgiving $1 billion in Egyptian debt despite the fact that that regime has moved with startling rapidity to dismantle what there was of Egyptian democracy and secure its place in power for decades to come. Egypt’s Arab Spring has ushered into power a regime that clearly is dedicated to ramping up the country’s already virulent persecution of Christians, imposing principles of Islamic law that will subject women and non-Muslims to institutionalized discrimination and setting Egypt on a path toward open war with Israel.

Mr. Obama is set to repeat the same mistake in Syria, where a post-Assad government is almost certain to contain significant Muslim Brotherhood elements. Yet numerous analysts and pundits want the United States to rush into military action against President Bashar Assad, with no consideration of the likely nature of the regime that would replace him. Mr. Assad is terrible, to be sure. His successors are almost certain to be worse....