Since Syria is the only nation who attacked Israel in the Six Day War that is still technically at war with Israel, some observers believe Assad may launch some sort of attack on the Jewish state in an effort to force an Israeli retaliation. His goal would be to draw the other Arab and Muslim nations to his defense.

Mr. Assad, who has not proven himself to be either a perceptive or adept tactician, should take a moment to read Isaiah 17 before he gives the order. The prophet predicted that in the last days, Damascus would be obliterated - overnight. 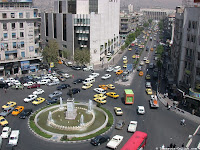 Damascus is the world's oldest continuously inhabited city. It has been conquered and occupied many times in its 6,000 years of existence, but it has never been destroyed. In the light of the instantaneous destructive power of nuclear missiles, the modern-day mechanics of this prophecy are easy to imagine. And a miscalculation on the part of a desperate dictator could trigger its fulfillment.