The Egyptian military command has requested a meeting with Hamas to discuss ways to build a better relationship with the Islamist organization, according to Egyptian diplomatic sources speaking to WND.

Separately, sources in Hamas told WND the Egyptian government has been taking Hamas' side on key points in negotiations Cairo is helping to broker to create a unity deal between Hamas and the Palestinian Authority.

Sources in the Israeli defense establishment, meanwhile, said they are concerned the Egyptian government's new friendliness toward Hamas will make it more difficult for the Jewish state to stem the smuggling of weapons into the Hamas-controlled Gaza Strip.

Under the former regime of Hosni Mubarak, Egypt maintained a tense relationship with Hamas that saw coordination of Israeli and Egyptian forces in combating weapons smuggling into Gaza and in working to isolate Hamas.

Under the new Egyptian administration, however, Egypt has been inching closer to Hamas. 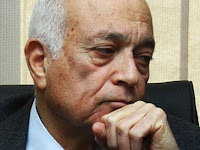 Sources in Hamas said Arabi in recent days incorporated Hamas' position on key points in an upcoming position paper to be issued by the new Egyptian government aiming to broker a unity government between Hamas and PA President Mahmoud Abbas' Fatah party.

"Arabi promised to reduce items that we were against in a previous draft of the paper," a Hamas source told WND yesterday.

The new Egyptian attitude toward Hamas has Israel concerned. It is the latest sign of militancy since the U.S-championed unrest in Egypt led to the downfall of Mubarak, a staunch U.S. ally.

Days after Mubarak stepped aside, Egypt allowed the passage of two Iranian warships through the strategic Suez Canal for the first time since 1979.

Also, although a gas terminal bombed by terrorists last month has been mostly fixed, the terminal has not yet resumed business with Israel. Until the bombing, the gas station supplied the Jewish state with about 30 percent of its gas needs.

Earlier this week, Egypt's new petroleum minister, Abdullah Ghorab, stated agreements signed in the period of the previous minister include mechanisms enabling amendments to the gas supply to Israel, the Kuwait newspaper Al Qabas reported. It was the first official hint that the new Egyptian regime may not resume gas supply to Israel.