What Is Happening in Arkansas?

By John McTernan
Defend and Proclaim the Faith

I have received a flood of inquires about what is happening in Arkansas. It is not clear what has happened, but remember I alerted you to the unusual amount of earthquakes hitting Arkansas since September. There have been over 500 hundred minor earthquakes! The scientists have no idea what is causing these earthquakes. 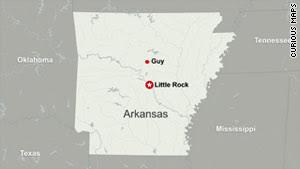 The quakes are centered near Guy, Arkansas. The fish and bird kills are in the same area. Something very strange is happening in this area, as the earthquakes, fish kill and bird kill are all in the same location.

What's Causing So Many Quakes in Central Arkansas? - OzarksFirst.com